Twitter's not buying what a Dutch man's selling -- that he hacked President Trump's account by guessing a very simple password, which is lucky for him ... legally speaking.

A spokesperson for Twitter's vehemently denying Victor Gevers, a Dutch security researcher, got into Trump's Twitter account last week when he guessed POTUS' password as "maga2020!" Twitter says, "We've seen no evidence to corroborate this claim, including from the article published in the Netherlands today."

It should be noted ... if Victor did, in fact, hack Trump's account -- giving him access to tweets and direct messages sent to and from the leader of the free world -- it's a federal crime under the Computer Fraud and Abuse Act. That explicitly states it's against the law to intentionally access social media accounts without proper authorization. See, huge no-no. 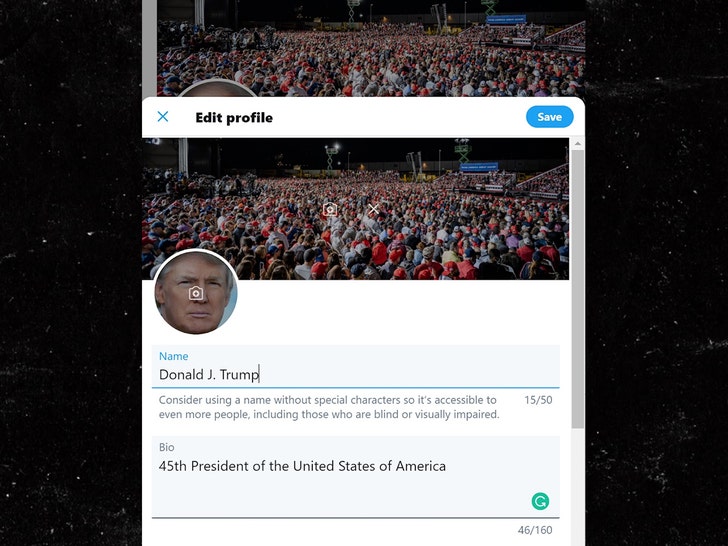 According to a TechCrunch report ... Victor claims he notified Homeland Security's cyber unit division to inform them about the security breach. Victor also claims Trump's password was then changed shortly thereafter. What's more ... Victor shared what he claims to be a screenshot inside Trump's Twitter account.

The security expert told TechCrunch he guessed Trump's password on the 5th attempt. He also claims to have done the same back in 2016 when he discovered Trump's LinkedIn password was "yourefired."

For what it's worth ... White House deputy press secretary Judd Deere also said Victor's story is "absolutely not true."