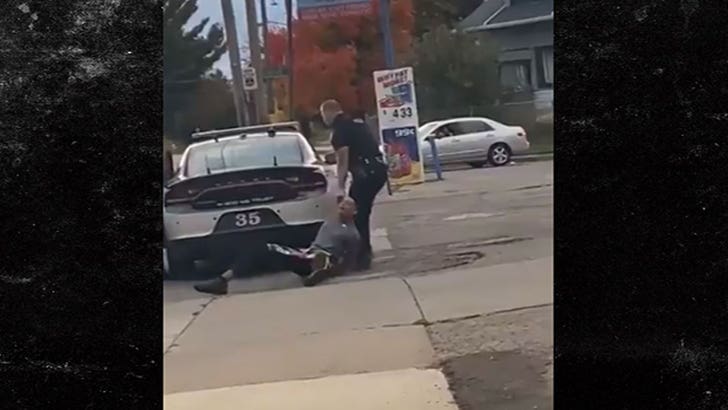 A police officer has been suspended after dragging an underage, black teenager across the pavement ... despite the fact the teen was not resisting.

The incident went down in Mansfield, Ohio earlier this month when Officer Jordan Moore stopped a car driven by the teen's dad. It's unclear why cops stopped the car. The video begins with both father and son on the ground ... surrounded by cops.

You see Moore drag the teen by the back of his hoodie ... from one side of the police car to the other. The kid is fully compliant ... no resistance whatsoever.

Cops then manhandle the dad and aggressively shove him in the squad car as well.

Police Chief Keith Porch says Officer Moore squarely violated department policy. Moore did not give the suspect a warning to comply and he was not resisting. The Chief says Moore's conduct violated Dept. policy, saying, "There was no immediate need or emergency for Officer Moore to take the action of dragging the arrestee."

It's unclear what, if anything, the suspects were charged with. As for Officer Moore, he's suspended with pay until January 11. He'll undergo training as a condition for his return.

You Might Want to Rethink Crime & Arrests Insane Videos Police