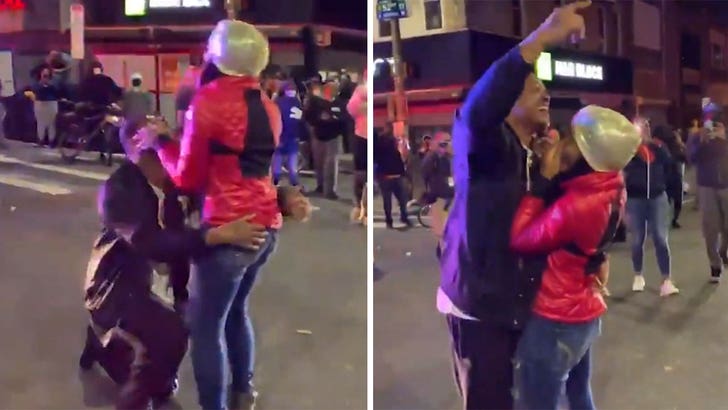 In a true sign that love knows no bounds ... a man proposed to his longtime girlfriend on the second night of protests in Philadelphia, and she said yes!!!

Maurice Small got down on bended knee Tuesday night in West Philly in front of a line of cops as a stunned and elated Tenesha Pennington looked on in disbelief ... before saying yes. It all went down as Philly residents protested the fatal police shooting of Walter Wallace Jr.

Check out the video ... if only for a moment in time, the crowd cheered as the couple embraced after Small popped the question. They've been dating for 8 years.

As we reported ... the fatal shooting of Wallace triggered protests that led to 30 cops being injured, including 1 hit by a truck. Wallace, who was holding a knife and walking toward police, was shot 14 times. The shooting sparked riots across the city.

And now an engagement too. 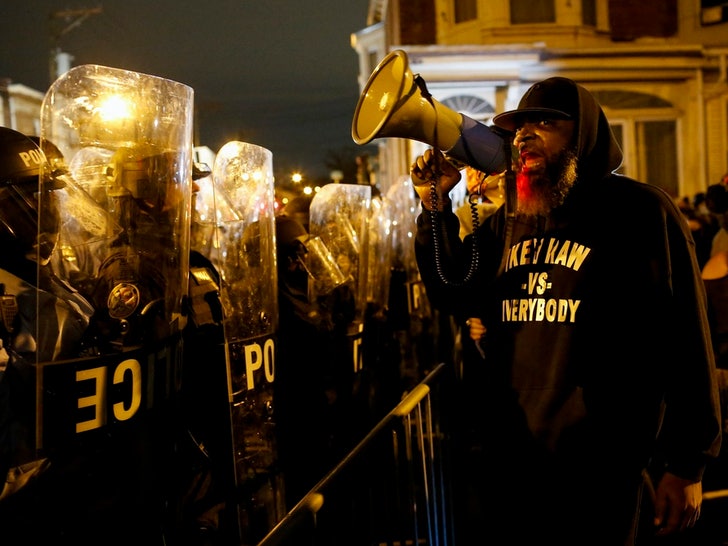 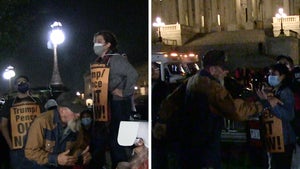