So, this is nuts -- a popular coconut milk brand allegedly uses abused monkeys to harvest its product, which is why you won't see it on Costco shelves anymore.

The wholesale giant says it's discontinuing Chaokoh coconut milk after PETA made it aware of the alleged monkey business going down in Thailand. We know it sounds like a joke: How many monkeys does it take to pick a coconut?

But, according to PETA, there's no punchline ... just monkeys taken from their families to be chained, caged, and forced to become "coconut picking machines" until their deaths.

Now, for its part, Chaokoh denies PETA's abuse claims, saying ... "We do not engage the use of monkey labour in our coconut plantations" -- and adds all of its suppliers have signed an agreement not to do so either. 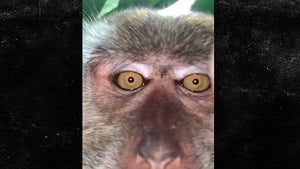 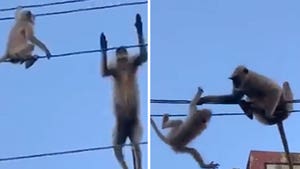 You Might Want to Rethink PETA Controversial S#!T Famous Food