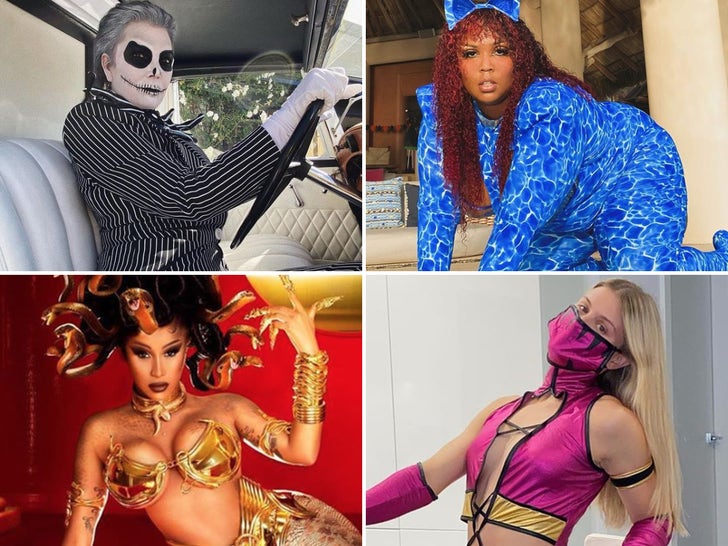 There's a ban on trick or treating this year, but fear not ... lots of celebs put on some epic costumes. For e.g., Kris Jenner transformed herself into Jack Skellington from "Nightmare Before Christmas," Lizzo was all about "WAP," and Cardi B was an awesome Medusa.

Then there's Genie Bouchard who became Mileena from Mortal Combat. Gabbie Union and Dwyane Wade went as a s'mores fam ... and they had all the accouterment, including chocolate and graham crackers.

The Weeknd killed with his Eddie Murphy character from "The Nutty Professor." BTW ... it took 6 hours to prepare the prosthetic make-up.

Kelsea Ballerini decided on social relevance, dressing as a Karen. Her shirt read, "I need to speak to the manager." Of course, she had the requisite Karen cut. 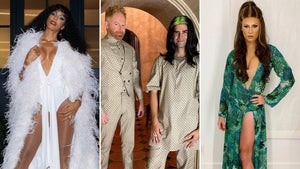