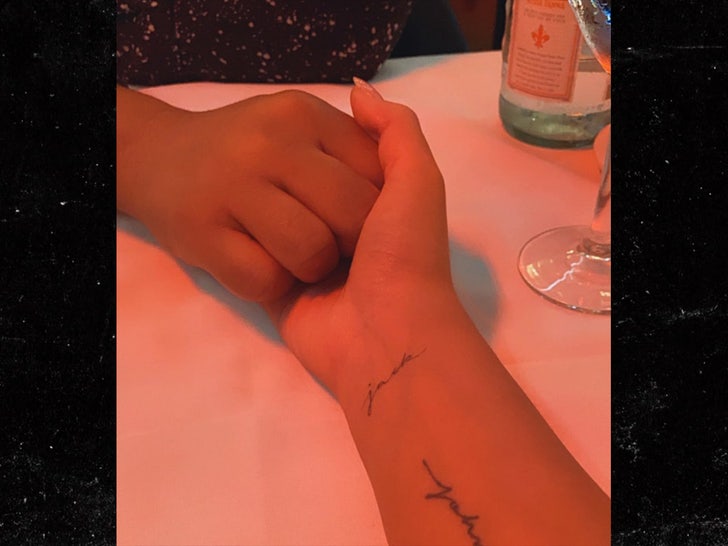 Chrissy Teigen will always have her late son, Jack, on her mind, in her heart ... and now on her wrist too.

Chrissy revealed a new tattoo on her right wrist honoring Jack. The ink is simple ... Jack's name in cursive. It's subtle, but placed in a prominent spot. It's unclear exactly when she got it, but Chrissy revealed the tattoo less than a week after opening up about Jack's death.

Just as she did with her essay about her pregnancy, Chrissy's tatt is inspiring her fans. When she posted a pic of it, one woman wrote, "I’ve been trying to find the best tattoo to represent my stillborn son for 13 years. I love your tattoo for jack." Chrissy replied, "Let’s help you find something you love. Maybe one s shape, a swirl of air around you."

The woman's responded with a picture of her tattoo, similar to what Chrissy had suggested.

As we reported ... in an open letter on Medium that "After a couple nights at the hospital, my doctor told me exactly what I knew was coming -- it was time to say goodbye. He just wouldn’t survive this, and if it went on any longer, I might not either." 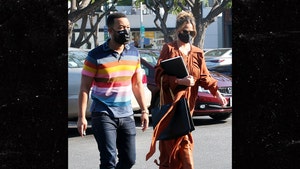 Chrissy Teigen and John Legend Slowly Getting Back to Normal Life 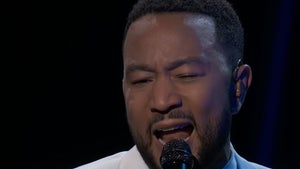