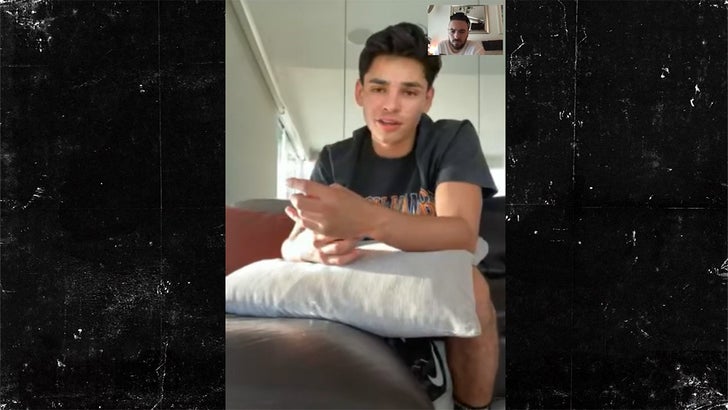 Ryan Garcia says he isn't fazed by that explosive Gervonta Davis knockout -- telling TMZ Sports he's lickin' his chops to get a crack at Tank.

"I'm extremely confident I'd beat that boy down," Garcia tells us ... "He's just a big bully."

Garcia and Davis are 2 of the top young boxers in sports and it seems like it's only a matter of time before they meet in the ring.

Garcia tells us straight up he'd rather fight Tank sooner than later.

"We all know we can both knock people out. We all know we can put people to sleep that don't belong in the ring with us. But, one day we got to step up and go against someone who can also get slept. And, that’s what I'm trying to do. I'm trying to get in there and give fans a fight they’ll remember for the rest of their lives."

Garcia says he gives Tank props for that monstrous 6th-round knockout of Leo Santa Cruz this past weekend -- but he's not scared 1 bit.

"It didn't even make my pulse go up."

Next up for Garcia is Luke Campbell. The 2 are set to do battle on December 5 and Ryan says he's looking to show the world why he should be the obvious next fight for Davis. 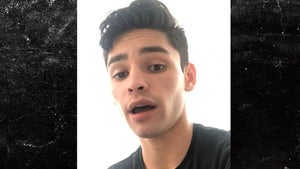