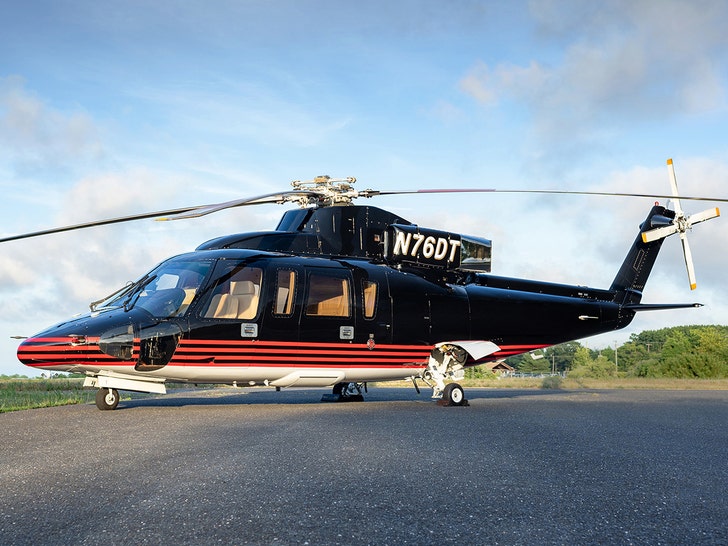 One of President Trump's helicopters is up for grabs -- but, weirdly, he and his team don't seem to be looking for a specific price ... instead, they're putting the ball in a buyer's court.

DT currently owns three Sikorsky S76-B helicopters -- plus other private aircraft not associated with the White House -- and one of those choppers has found its way to an aerial retailer via Aero Asset, which is hawking the thing out of a hangar in New Jersey. 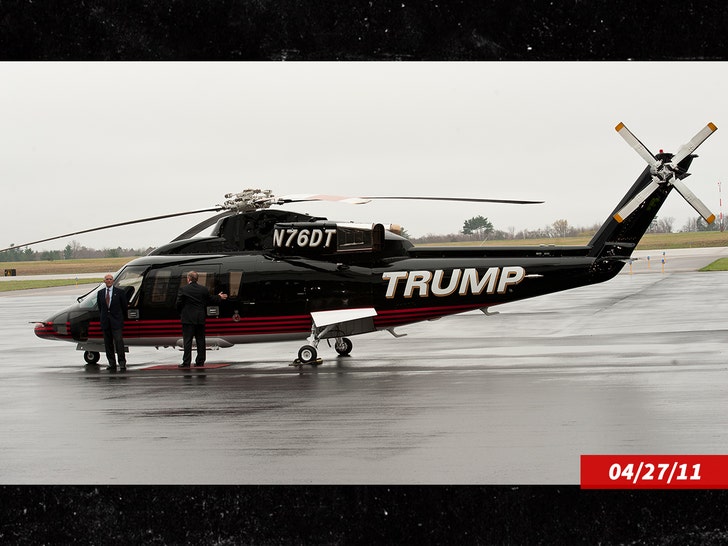 The funny thing ... there's no asking price, the listing just says "Make offer." So, basically, DT appears to have gone the route of Craigslist and will pretty much take what he can get!

Granted, the market value for one of these helicopters of the same year is said to be anywhere between $700k-$800k, with other estimates coming in closer between $1 mil and $2 mil for newer models. All in all, Trump probably wouldn't haul in more than $1.5M at best.

Sources confirmed to TMZ this was, in fact, Trump's Sikorsky -- which he'd been seen riding in the recent past ... including trips made during his 2016 campaign, as well as appearances for "The Apprentice" once upon a time. It even used to bear his last name along the tail.

No word on what sorta offers -- if any -- the person tapped to sell this has received thus far, but it looks like Trump's chopper here has been on sale since at least August, so quite a while. It's also got all the fixings of a typical piece of Trump property, with gold seatbelts and custom flooring and upholstered leather. Still, no one seems to have wanted to bite.

There could be any number of reasons Trump is selling this -- but the fact that his campaign of late has been reported to be fairly cash-strapped in the final stretch before the election ... makes the timing of this interesting. A mil here and there goes a long way, don't it?!?