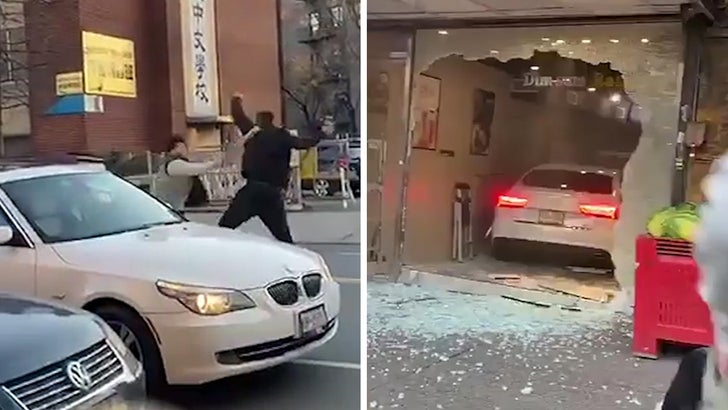 A parking spot brawl quickly morphed into violent road rage ... ending with a car crashing into a bakery celebrating its grand opening, and it was all caught on video.

The insane incident went down Monday in Queens where a group of men were throwing hands in the middle of the street over a parking spot. The video picks up with one man stuck in a headlock while another man wields a bat, swinging it like crazy.

You see the bat-wielding gent land several shots before everyone appears to walk away. Keyword ... appears. That's when all hell broke loose ... with the dude taking a whack at the Audi's front bumper. That's when the man behind the wheel floors it and mows down the man with the bat ... violently hurling him onto the sidewalk before crashing into Rainbow Bakery. The bakery had just opened for business Monday.

Cops say 3 women and a man -- including a bakery employee -- were hospitalized with non-life-threatening injuries. Jie Zou, the man behind the wheel, was arrested for assault and reckless endangerment. Jonathan Zhang, the passenger in the Audi, was also arrested for assault.

Goes without saying ... the bakery owner said he was sad about his shop getting destroyed. 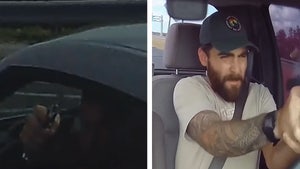