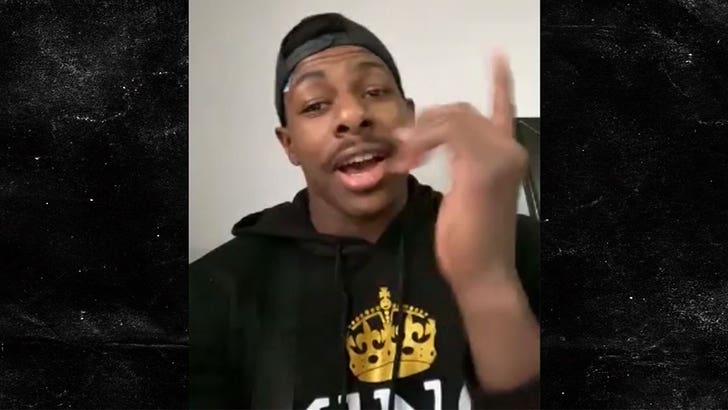 He's got TWO of the best knockouts of the year -- but UFC rising star Joaquin Buckley says he's still not ready to quit his day job ... at Walgreens!

Buckley first went viral for that insane spinning back kick knockout of Impa Kasanganay back on Oct. 11 -- a knockout Dana White praised as one of the greatest finishes EVER.

How about THAT knockout from EVERY angle!? 😱

Joaquin Buckley is back at #UFC255 this Saturday! pic.twitter.com/Fx1eZZO1dv

He followed that up at UFC 255 by destroying Jordan Wright in the 2nd round -- earning his second "Performance of the Night" bonus in a row!

NOT JUST A ONE HIT WONDER 😳

🎥 @NewMansa94 adds another highlight to his reel!

So, when we spoke with the 26-year-old St. Louis native, we asked if he was finally ready to leave his gig at the pharmacy chain and focus on MMA full time.

The short answer ... he's not ready to part ways with the big "W" just yet!

"The thing is ... besides UFC -- and they're giving me these big checks -- I still don't have a business of my own. So, I need to just keep working," Buckley says.

The fighter says it's important for him to maintain a "working mentality and work ethic" -- "So, I'm gonna just keep holding down a job."

Buckley says if he's able to grow a real business from his MMA exposure, he'd consider walking away from Walgreens ... but for now, he's not going anywhere!

Buckley says he's working on a clothing apparel line called Solid Foundation and he's optimistic about it -- but "until my business is off the ground, we still gon' be working at Walgreens, yessir."

The craziest part, Buckley is already trying to get back in the Octagon and fight again IN JANUARY!!

He's hoping to get a crack at 34-year-old welterweight James Krause -- and it's obvious, these two have VERY bad blood.

"He's just out here spreading lies and spreading rumors [about me] ... it's getting frustrating and for him to think he can just keep talking his stuff without any type of punishment or any type of consequences, it's ridiculous!"

"I'm gonna see him regardless if the UFC gives me the fight or not." 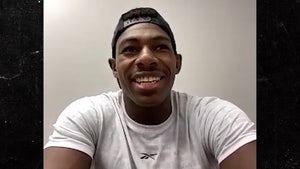 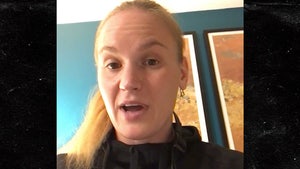