Donald Trump is clearly angry -- enraged -- which is the only explanation for the revenge he seems to want to exact on the American people, because he's goosing his followers to expose themselves to COVID, and the Supreme Court has just facilitated his wish.

Trump's Thanksgiving message ... "I encourage all Americans to gather, in homes and places of worship, to offer a prayer of thanks to God for our many blessings."

It's as breathtaking as it is reckless ... as doctors and scientists have PLEADED for people to either cancel 2020 Thanksgiving or keep it within quarantine-safe limits, Trump is subverting the message. It's especially heartless given his personal knowledge ... that large events like his Amy Coney Barrett South Lawn event became a COVID superspreader. 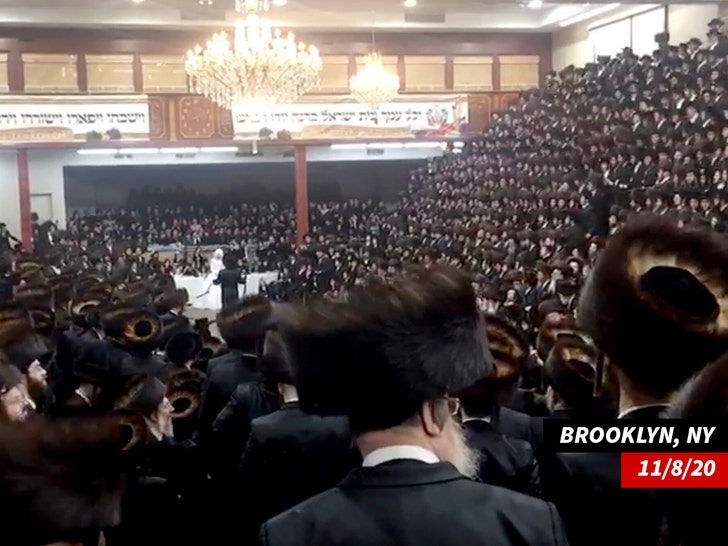 Trump got some backing from the U.S. Supreme Court, with decisive help from his latest SCOTUS pick. Amy Coney Barrett was the deciding vote Wednesday night in a 5-4 decision, ruling that New York Governor Andrew Cuomo's restriction on religious services violated the First Amendment. Just last May and July, the Court ruled by a 5-4 vote -- with RBG still on the court -- that such restrictions were constitutional, but things have now clearly changed.

ICYMI ... we are heading into what most everyone believes will be the deadliest period during the pandemic -- precisely because people are gathering indoors.