9:01 AM PT -- 12/1 -- It might feel like we're talking in concentric circles here, but we kid you not ... the monolith recently discovered in Romania has followed in the footsteps of its State-side brethren ... and also disappeared.

According to local reports, the metallic structure -- which was buried into the ground on a hill overlooking the city of Piatra Neamt -- was removed overnight by an unidentified party. Pretty similar to the one found in the middle of nowhere in Utah.

There are some new developments on its potential origin though -- apparently, the townsfolk there believe it was a prank by a "metal-worker" ... or a welder, perhaps? Unclear if that person was the one who got it out of there.

Now you see it, now you don't ... and now you do again, because a new monolith is upon us -- in Europe -- right after one vanished into thin air here in the States.

Another metallic structure was spotted late last week in Romania ... standing tall on a hill called Boatca Doamnei, just outside the city of Piatra Neamt. This new monolith looks almost exactly like the one found out in the middle of nowhere in Utah last week ... which disappeared just as mysteriously as it arrived.

This one also appears to be made of metal -- the main difference here is that it's got a bunch of squiggles on the back, and it's sorta slanted up top. 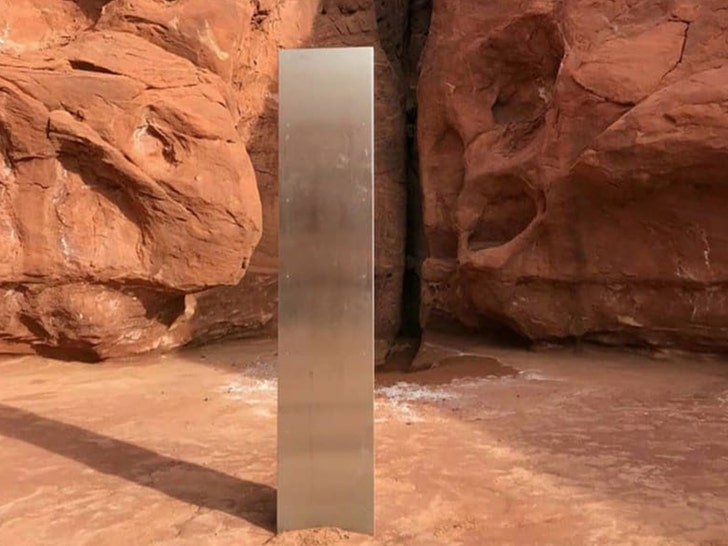 Just like their Utah counterparts, Romanian officials don't know how the monolith got there ... or who dug it into the ground.

Authorities say it's actually on private property that covers an archeological site, which requires official permission before anything can go up there. Unclear if/when they'll remove it.

Now, this could just be another prankster doing amateur art installation ... OR, it could be an alien invasion on the cusp of breaking out -- a la, "2001: A Space Odyssey." 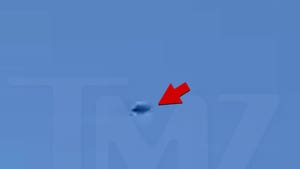