... yet somehow, he's still smiling through it all.

The 26-year-old right-hander -- known for his curveball -- did not release details about the crash, only saying he was "blessed to only bang up my wrist."

The Indians said a hand-specialist in Tulsa performed the procedure to repair damage to Hill's lunate bone -- which is involved in the movement of the wrist.

It's a miracle Hill escaped relatively unscathed considering the photos of his wrecked car. The whole front was smashed in. 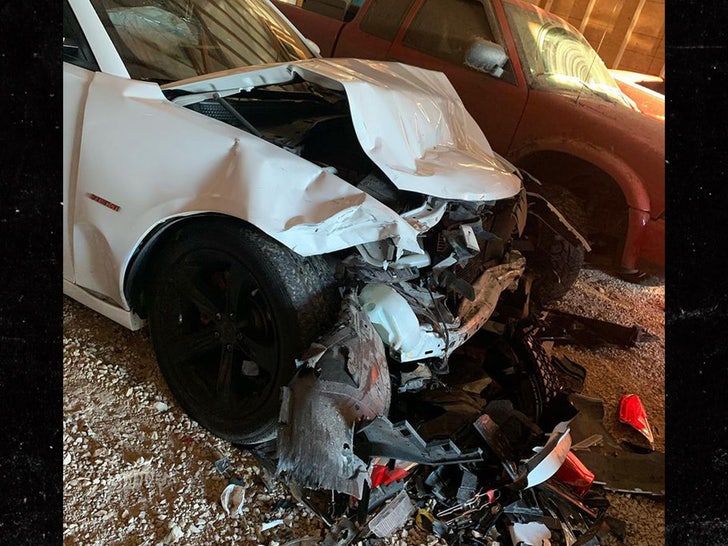 "Surgery went really well," Hill said ... "Most importantly the others involved in the accident were all okay."

Hill just made his MLB debut with the Tribe in July 2020 -- and went on to record 16 strikeouts in 18.1 innings pitched.

The team did not say how long the expected recovery will take -- but Hill is clearly hoping to heal up by Opening Day.

"Looking forward to challenge of getting back & ready for the beginning of the 2021 season. #rolltribe preciate the love & support thus far!🤘🏼"