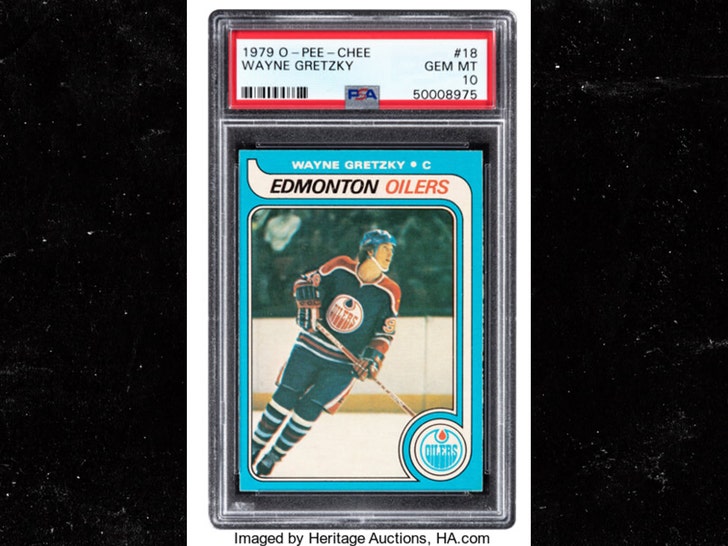 You're looking at the most expensive hockey card that's EVER lived ... 'cause this Wayne Gretzky rookie from 1979 just fetched $1.29 MILLION at auction!!!

FYI -- the price is WILD for a hockey piece ... no hockey card had ever even surpassed the $1 million mark!!!

As for why The Great One's RC did so well on the block ... for starters, he's the best player to ever lace up skates -- but, the story behind the card is the main reason.

Heritage Auctions says the card's perfect, Gem Mint 10 grade is so incredibly rare, there are only 2 with the rating in existence!! 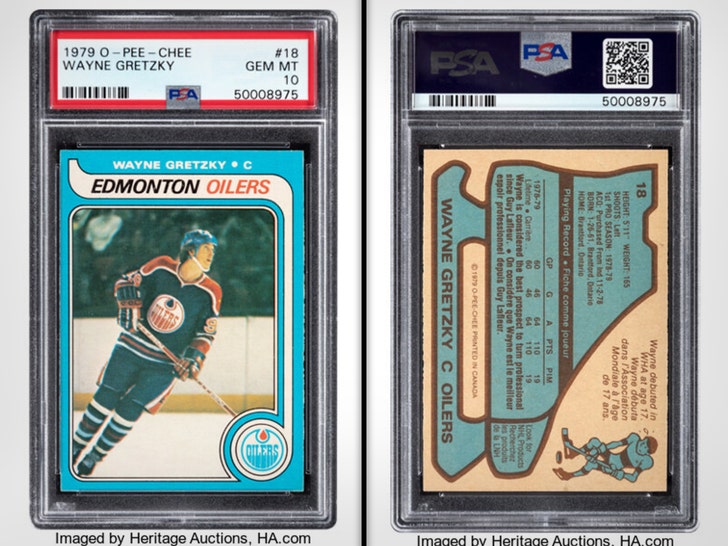 The guys at HA say because of the way O-Pee-Chee (AKA the Canadian wing of Topps) cut the cards ... most of the Gretzky rookies produced over 40 years ago graded poorly.

O-Pee-Chee reportedly used wire, not blade, to separate the cards ... and that created massive issues on corners that led to imperfect grades nearly across the board.

Somehow, though, this Gretzky card survived that process ... AND the ensuing 4 decades -- which made it the Holy Grail of hockey cardboard.

Unclear who the buyer is ... but it's the latest example of the ridiculous boom in the card industry -- in the last few months, cards from all sports have gone for INSANE prices. 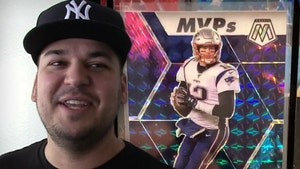