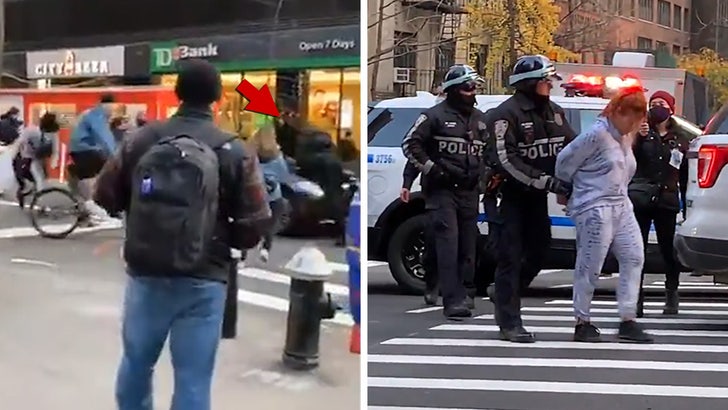 The woman who plowed into a half dozen protesters on the streets of New York says she was in fear for her life after protesters screamed, "White privilege, Bitch!" and started pounding on her car.

Kathleen Casillo was driving her BMW with her 29-year-old daughter in NYC Friday when she stopped at a light where protesters were gathered demonstrating against ICE. She says they started banging on her car and pulling the door handles to get inside. She says she feared for her and her daughter's lives, saying images from news reports of drivers being pulled from their cars and beaten flashed before her eyes.

The 52-year-old woman says she floored it in fear, and doesn't even remember hitting anyone.

Hit people she did ... 6 to be exact, who were propelled into the air like rag dolls. All 6 suffered non-life-threatening injuries.

Casillo stopped a block from the incident and was arrested for reckless endangerment. 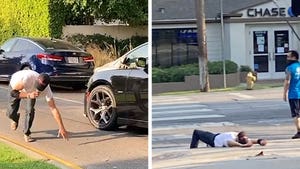 L.A. Driver Who Appeared Wasted After Hitting 3 Cars Can't and Won't be Charged 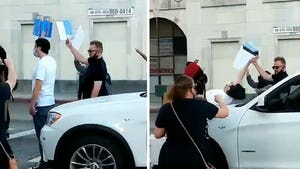 Cars Plow Through Protesters in Hollywood