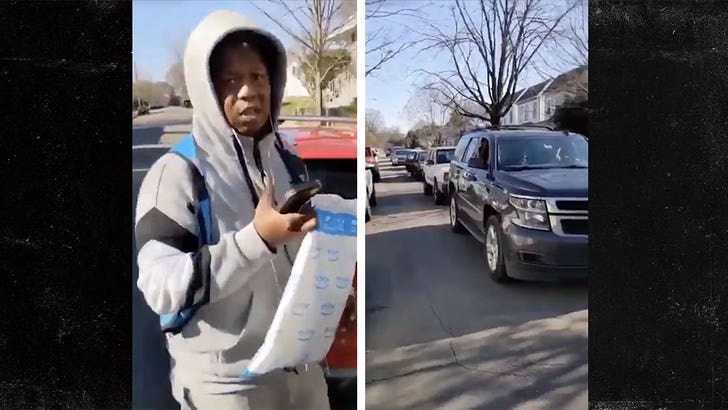 An Amazon driver making deliveries parked his van in the middle of the road, and then got confronted by people who were held up behind him ... but a key piece of information is missing to direct the outrage here.

Check out this intense clip of an Amazon driver in Virginia getting into an argument with another fella who got out of his own vehicle to tell him to move his car and park it in space along the sidewalk ... and recording part of the encounter at the same time.

The video starts right in the heat of the moment -- the guy filming tells the driver to move his van, or he'll move it for him ... because him parking in the middle of a narrow street has caused a massive traffic jam of several vehicles, who were all trying to get a move on.

The Amazon driver holds his ground, saying he's going to carry out his job duty and deliver the packages at the house right next to them -- and then only after that would he move. He basically says they're gonna have to wait, which pisses off the camera man like no other.

For starters, there's no context or insight to the video as to how long the Amazon driver had been parked out there in the road like that. If it was just a few seconds, then the people who got out to make a fuss about it are clearly in the wrong and overreacting.

If, however, the driver had been perched for a while ... it's reasonable for folks to start getting impatient and demand he move. There's really no way of telling for sure from this. 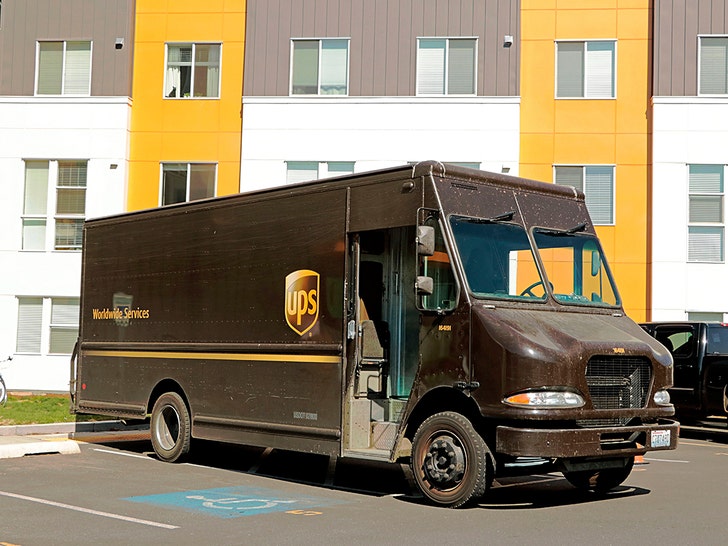 The bigger question, perhaps, is whether this is in line with the Amazon driver policy -- namely, are they instructed to park in the middle of the road like this, or are they told to try and find a parking space if available to avoid these types of situations?

We've all seen delivery trucks from different shipping companies double park or sometimes just sit in the middle of the road -- but it's unclear if that's the official directive from said companies, or something drivers started doing on their own over the years.

In any case, a rep for Amazon tells us they are currently looking into this incident. 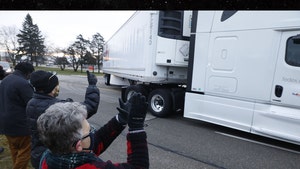 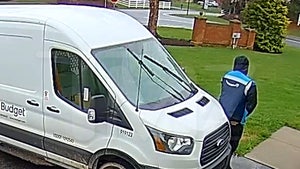 You Might Want to Rethink Ride Me Viral Controversial S#!T