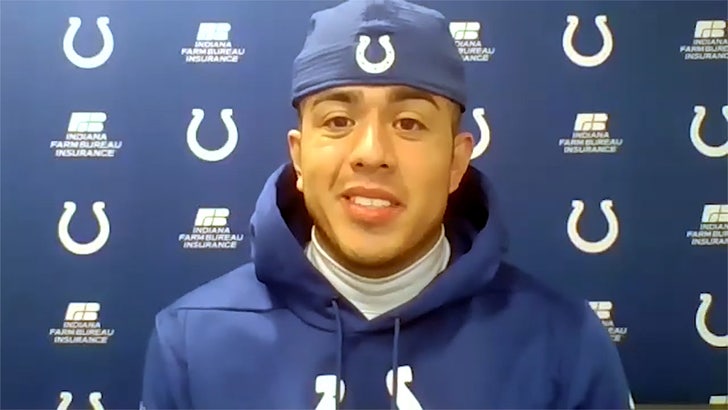 As we previously reported, 26-year-old Sanchez underwent surgery for a cancerous tumor earlier this month ... days after feeling "kinda weird" during practice on Nov. 25.

Sanchez says he notified team staffers about feeling off ... and they instructed him to get checked out with an MRI and ultrasound.

That's when Sanchez got the news -- he has cancer.

"It's one of those things that you just never think is gonna happen to you. I never thought it was gonna happen to me either," Sanchez told reporters ... "Because I'm young, and when you're young you think you can do anything and you're going to be fine for a long time."

The crazy part?? Sanchez still got out on the field for Indy's next game against the Tennessee Titans on Nov. 29 ... saying his situation couldn't get any worse and he didn't want to put his team in a bad situation.

"I wasn't about to do that to my team. It's all about the team, you know?" Sanchez said.

Sanchez made his return to the team this week ... and he said he's thankful for the team's support throughout his journey.

"I'm just so grateful to be here with you guys and it's amazing to be back."

Sanchez says he's heard from all his idols -- including leukemia survivor Chuck Pagano -- throughout his recovery ... and he's hoping for the best.

"As of now, it's looking pretty good." 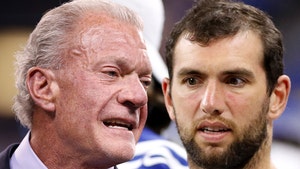