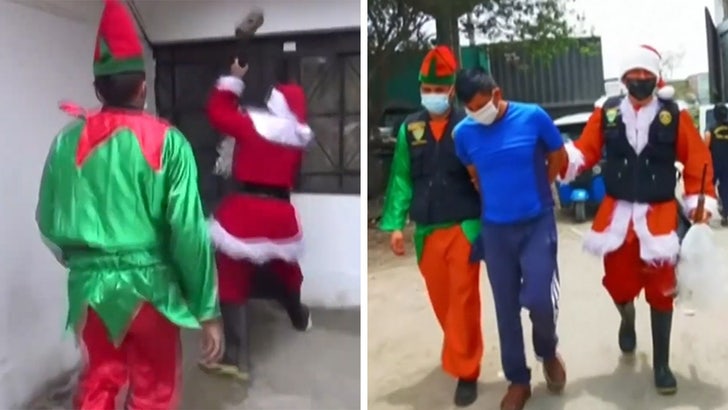 Peruvian cops take their sting operations quite seriously, especially around the holidays, as you can see in this drug bust featuring Saint Nick ... bashing in a door with a hammer!!!

This drug raid in Lima was captured on camera, and it shows 2 Peruvian police officers disguised as Santa and an elf literally busting into the home of a suspected drug dealer in town. Looks like they mighta been right, as they found tons of weed.

Imagine how deep undercover this duo had to go to make this collar. If it required sitting in as a mall Santa for even one day, they deserve medals!

BTW, apparently, this police force has gone undercover before as homeless people and street sweepers. In any case, their latest operation made for a dramatic payoff. It's not everyday ya get to see Santa and an elf hop out of a van, break down and a door ... and leave with a sack full of ganja.

In addition to the marijuana ... cops say they found guns and drug paraphernalia. 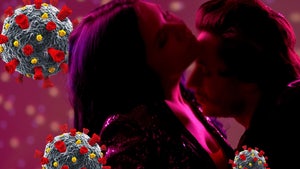 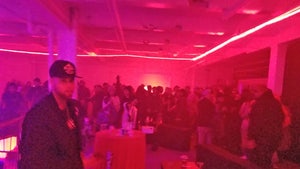