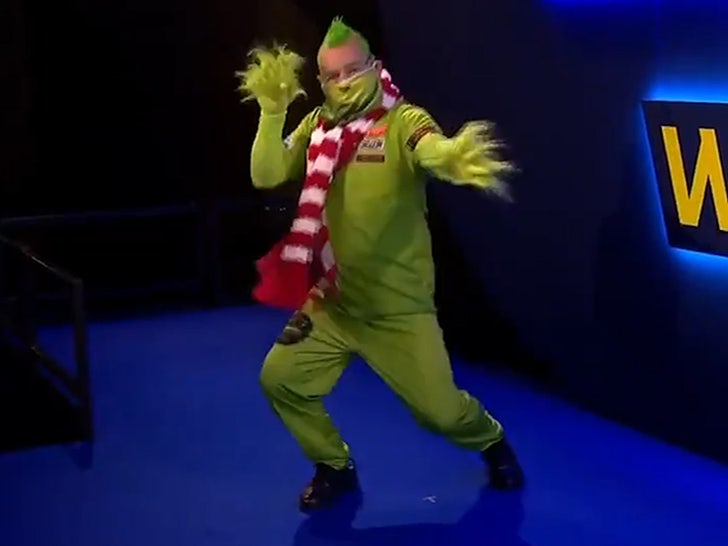 Professional Darts Corporation star Peter Wright channeled his inner Grinch for his opening round of the World Championship on Tuesday ... by dying his hair bright green and throwing on a 'fit inspired by the iconic Dr. Seuss character!!

The defending champ made one hell of an entrance at Alexandra Palace in London ... doing some wild dance moves while Pitbull's "Don't Stop The Party" blared over the speakers.

Watch the video. It's super entertaining!!!!

Peter Wright promised to entertain the crowd tonight and just look at the brilliance of his Grinch themed outfit as he bids to retain his world title!

But, the green grandiose entrance didn't affect the 50-year-old's game one bit -- beating Steve West 3-1 to advance to the next round. 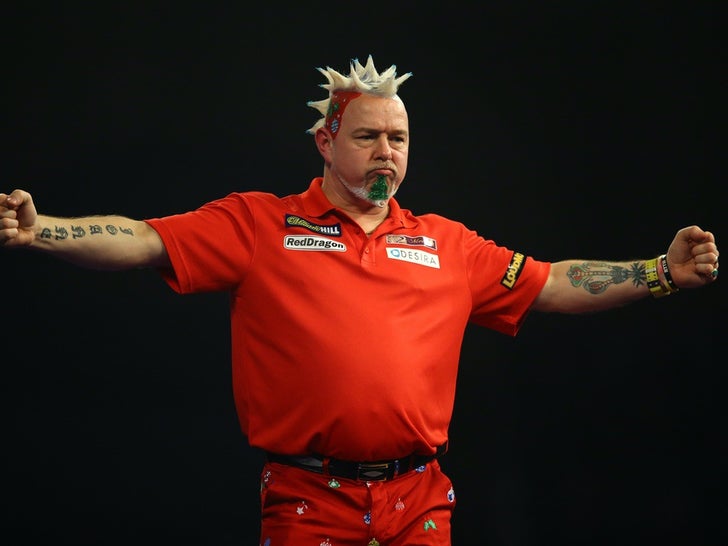 He added ... "I just wanted to cheer everyone up. I think I've done that."

BTW -- Wright is known for his eye-popping looks ... from wild multi-colored mohawks to outrageous outfits.

When asked about his critics calling him a "clown," Wright says he simply doesn't pay it any mind.

It's a pretty wild statement from Wright ... considering the tourney has a $3.37 million prize fund ... so there's money to be made!!!

Oh, and no word on whether Wright's heart grew three sizes after the win. 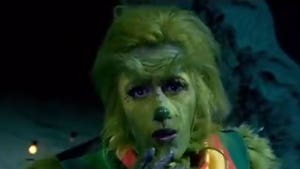 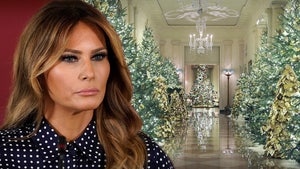