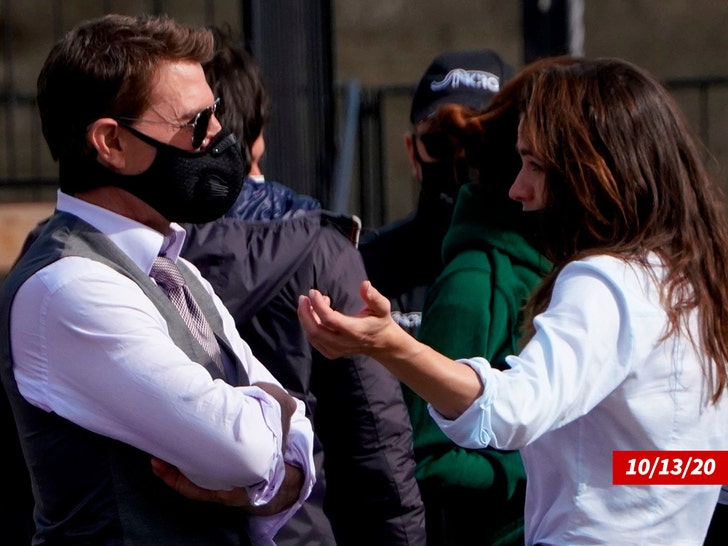 Tom Cruise isn't always a super stickler for COVID protocols -- not based on some on-set pics of him with his 'Mission: Impossible 7' costar.

'M.I. 7' has been filming for months all over Europe, and we found these images from October of Tom and Hayley Atwell shooting in Rome. In one of them, Tom is wearing a face mask and talking to Hayley, who's also got a mask on, but she's not up to CDC snuff. You can see hers is down below her nose, and as we all know by now ... that does not protect people from droplets that can transmit the virus. 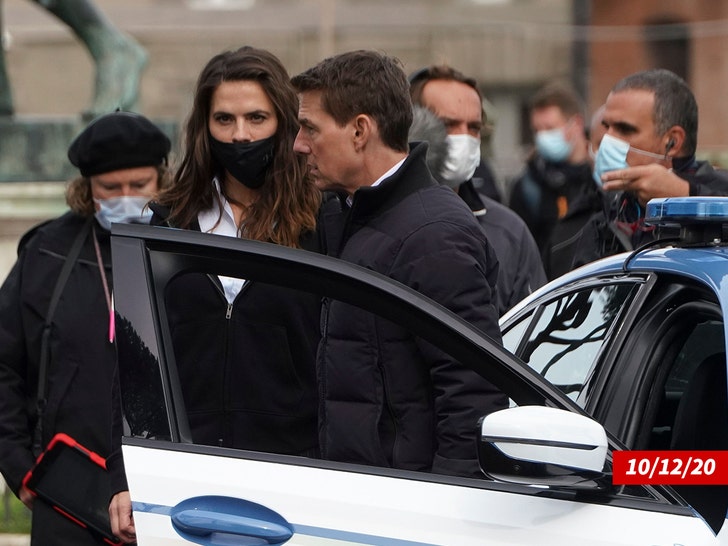 Hayley's showing the same bad form in another shot where Tom doesn't have one on at all -- although it's possible he was about to shoot a scene.

As you know, Tom went nuclear on his crew recently while filming on a studio lot in England. He was pissed off at 2 crew members for breaking COVID protocols, standing less than 6 feet apart to look at a monitor.

The photos from Rome seem to show a more lax attitude to following COVID regulations ... which probably won't sit well with his crew in the wake of his tirade. At least 5 staffers on the film have reportedly quit since Tom's rant. 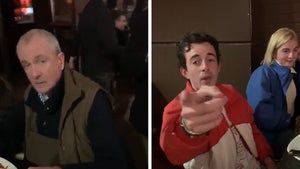 New Jersey Gov. Phil Murphy Responds to Being Accosted While Dining Out 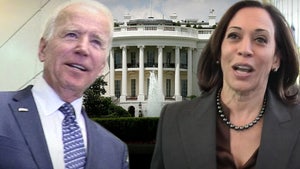