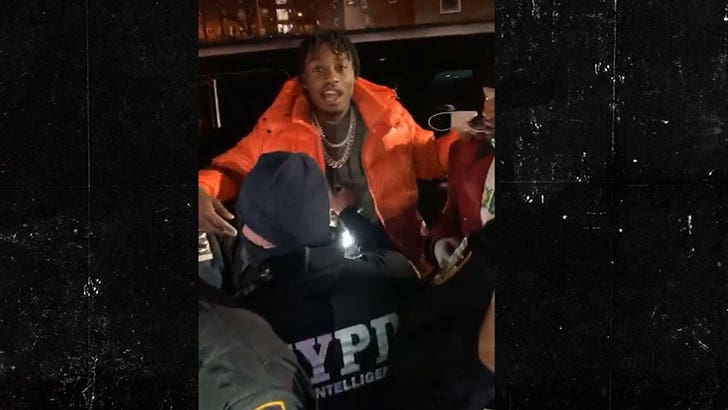 11:50 AM PT -- The NYPD tells TMZ ... officers responded to a housing project in Queens after getting calls about people waving guns. When cops arrived, we're told they found upwards of 150 people in a courtyard, with tons of vehicles all around parked illegally.

Because of the nature of the call, officers searched several of the illegally parked vehicles ... including one in which Lil Tjay was sitting. They didn't find a firearm inside, and Lil Tjay wasn't arrested either. Neither was another artist who was filming with him, Fivio Foreign.

NYPD says they did arrest one guy -- 21-year-old Tahjay Dobson -- for gun possession, resisting arrest and false personation ... this after cops say they found a pistol with a loaded clip in a vehicle he was occupying.

Rapper Lil Tjay had his music video shoot unceremoniously interrupted by New York cops, and it's unclear why he was targeted.

The 19-year-old rapper was shooting the vid when cops searched his car. Lil Tjay hopped on Instagram during the stop and recorded it.

A crowd gathered around the vehicle as NYPD cops conducted the search. It's unclear if anything was found.

A crowd gathered around to watch what happened. Lil Tjay, who is one of the biggest new rappers of last year, was not arrested.

Tjay has had trouble with the law in the past, but it's unclear if that had anything to do with the encounter.

We contacted the NYPD to find out why they stopped Tjay ... they said they are putting together a response and would let us know. 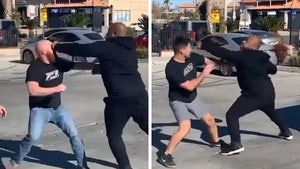 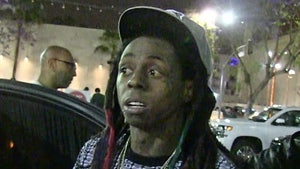