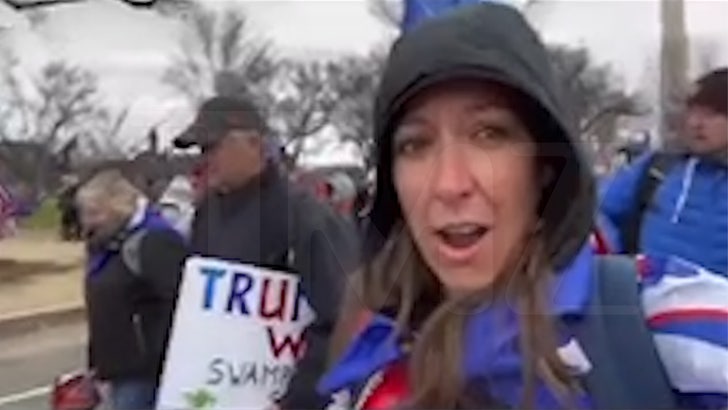 Ashli Babbitt, the woman who was shot in the Capitol as she and other Trump supporters stormed into the building, was pumped up after the President's speech ... and posted one last video as she entered the mayhem.

Ashli went live on Facebook Wednesday in the moments leading up to the coup attempt in D.C., boasting that she was part of the mob marching to the Capitol.

The 35-year-old California native and Air Force veteran claimed there were more than 3 million pro-Trump protesters in D.C. along with her ... and she appeared zealous about what they were doing.

As we reported ... Babbitt was draped in a Trump flag as she jumped up on a window pane and tried to charge through.

Tragically, she was hit by a gunshot -- fired by Capital Police -- during the chaos and was seen falling backward onto the marble floor with blood pouring out of her upper body area.

Babbitt was transferred to the hospital in critical condition, where she later died of her injuries.

Steven A. Sund, Chief of Police for the US Capitol Police, says the employee who fired on Babbitt has been placed on administrative leave pending an investigation.

Babbitt was among 4 fatalities during the D.C. riots ... 3 others died from undisclosed medical emergencies. 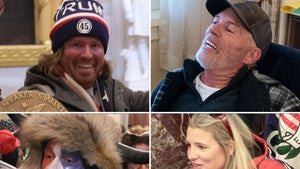 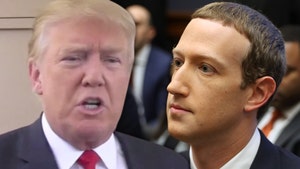