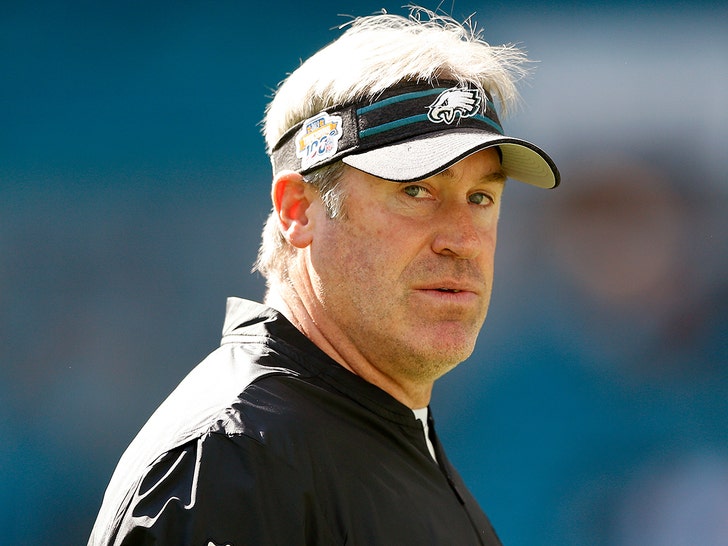 11:47 AM PT -- Eagles owner Jeffrey Lurie just explained the decision, saying, "I have spent the last few weeks evaluating everything from this past year and looking ahead."

"We are all very disappointed with the way our season went and eager to turn things around, not just for next season but also for the future of the franchise."

Lurie continued, "Coach Pederson and I had the opportunity to sit down and discuss what that collective vision would look like moving forward. After taking some time to reflect on these conversations, I believe it is in both of our best interests to part ways."

Surprising news out of Philadelphia ... Doug Pederson is now OUT as head coach -- this just 3 years after he won the franchise its first-ever Super Bowl.

The Eagles made the move Monday, according to multiple reports ... after Pederson's squad turned in a disappointing 4-11-1 record in the 2020 season.

Some had picked Philly to win the NFC East before the year began ... but poor play from the offense and injuries doomed them -- and the Birds ended up finishing in dead last in the worst division in football.

It's all pretty shocking, considering Pederson had started his career in Philadelphia with a bang. 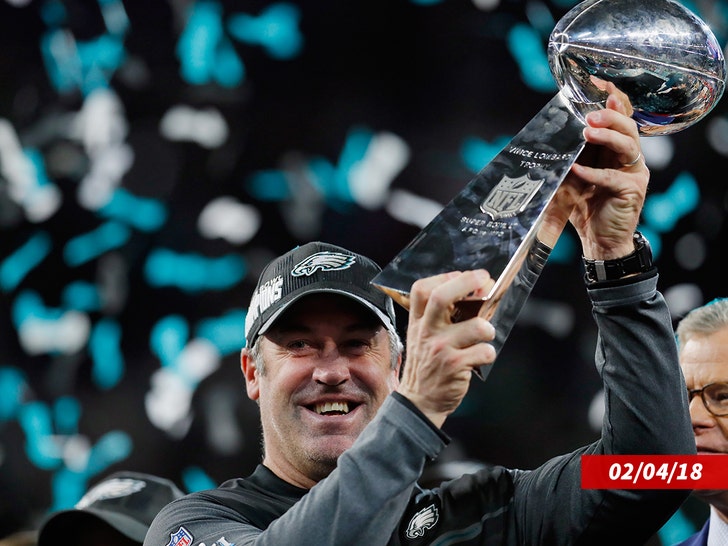 In just his second season with the team back in 2017, he went 13-3 and ended up beating Tom Brady in Super Bowl LII.

Pederson shouldn't be jobless for long, though ... in fact, some have speculated because of his ties to Jets general manager Joe Douglas, he could be a strong candidate for New York's head coaching vacancy.