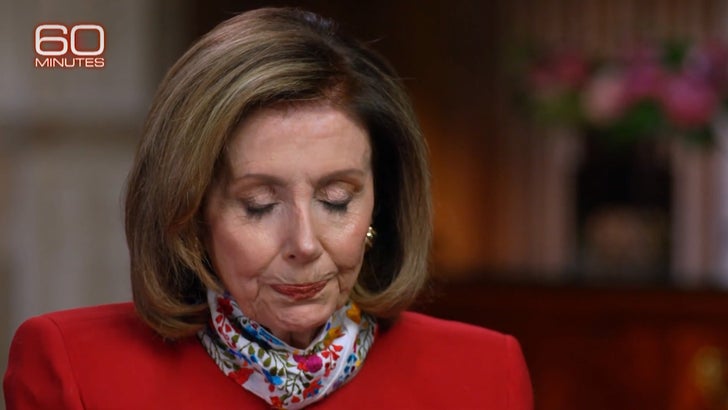 Nancy Pelosi is clearly still dealing with the trauma of the deadly Capitol breach ... and also seems to be fed up talking about Rep. Alexandria Ocasio-Cortez.

Speaker Pelosi appeared on "60 Minutes" Sunday to talk about the deadly insurrection last week, and got emotional -- appearing to hold back tears -- as she blamed President Trump for what she calls a "terrible violation" of the legislative branch of the U.S. government.

Pelosi also got worked up -- in a much different way -- when Lesley Stahl asked her about AOC complaining she and other Democratic honchos are excluding the younger generation of representatives from leadership roles.

Her response is telling ... and Stahl clearly noticed. 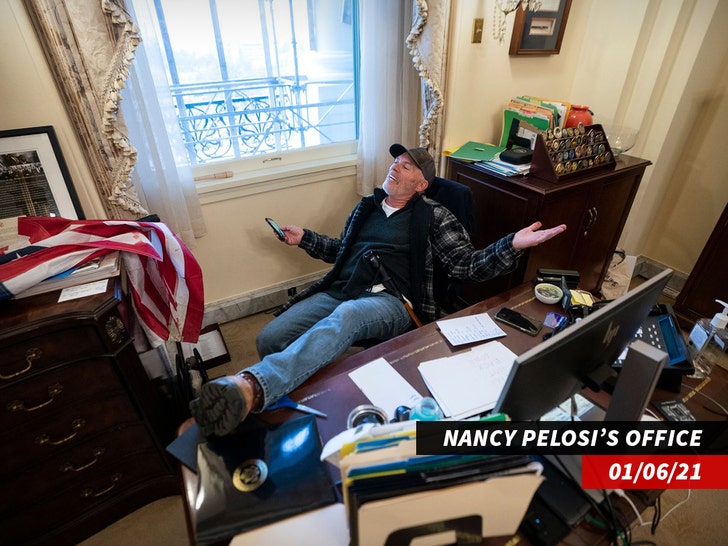 As we've reported ... it seems some of the insurrectionists who stormed the Capitol had far worse intentions than just walking around and putting their feet up on desks -- like Richard Barnett did in Pelosi's office -- so it's understandable why she's shaken up and wants Trump to pay for it. As AOC herself said, the insurrectionists may well have murdered half the members of Congress if they had their way.

Pelosi issued an ultimatum Sunday to Vice President Mike Pence, vowing to move forward with impeaching Trump if the VP doesn't invoke the 25th amendment to remove him from office STAT. 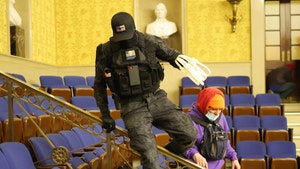 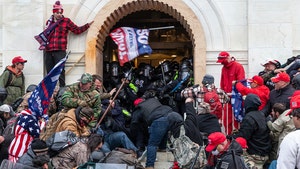