Donald Trump appears totally checked out of D.C. with less than a week remaining in his Presidency ... because Vice President Mike Pence is literally assuming Trump's duties.

The VP sat at the head of the table during a Thursday briefing on the upcoming inauguration of President-elect Joe Biden and Vice President-elect Kamala Harris ... with Trump noticeably absent from the board room at FEMA headquarters in Washington. 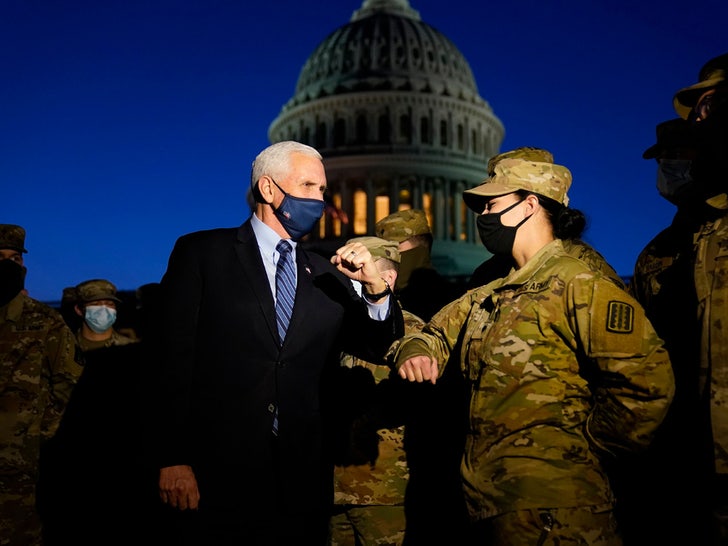 Earlier in the day, the Veep also looked very Command-in-Chief-ish as he, not Trump, greeted and thanked the National Guard troops who've been stationed at the Capitol since the Jan. 6 riot.

Based on appearances, at least, Pence is running the show ... while Trump's got one foot out the door.

As we reported ... the moving process is full steam ahead at the White House, where a bust of Abraham Lincoln was shuffled out a side door at the West Wing.

Trump's reportedly getting set to fly south to Florida to post up at his Mar-a-Lago resort ahead of Inauguration Day ... so, Pence's calendar's gonna be full for the next 5 or so days.