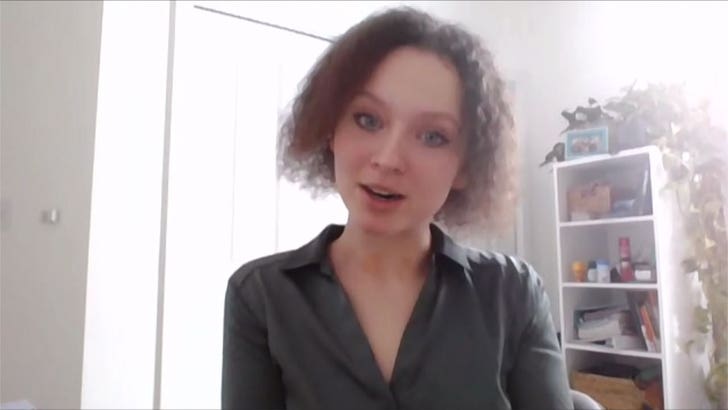 The daughter who publicly ID'd her own mother as a bloodied participant in the Capitol riots feels some guilt for calling her mom out ... but says she doesn't regret it, for several reasons.

Helena Duke joined "TMZ Live" Monday to add some context to why she decided to out her mother, Therese Duke, in a viral clip where Therese gets punched by a security guard outside the Capitol after the insurrection.

Helena says her mom lied to her about her whereabouts on January 6 -- claiming she was getting a medical procedure -- so she wouldn't have known Therese attended the riots ... if not for the video of her getting punched.

hi mom remember the time you told me I shouldn’t go to BLM protests bc they could get violent...this you? https://t.co/9ZkbAq0ehO

As for why Therese was in D.C. ... Helena believes Donald Trump radicalized her mother about a year into his Presidency. She says it was "unsettling" how her mom flipped from lifelong Democrat to far-right Republican.

If you missed it ... the day after the riots, Helena commented on the vid of her mother getting punched -- "hi mom remember the time you told me I shouldn’t go to BLM protests bc they could get violent...this you?"

Shortly afterward she went a step further by publicly ID'ing her mom, aunt and uncle as attending the riot.

Therese has since been fired from her job at a Massachusetts hospital ... which stated her termination was linked to her being involved in the Capitol violence.

Due to all the fallout, Helena tells us she does feel some guilt ... but she has a very interesting explanation as to why it seems she would do it all over again.