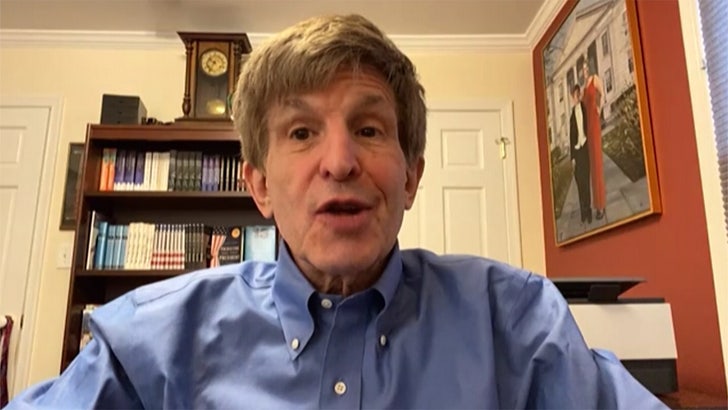 If you're thinking Joe Biden's Presidency is behind the 8 ball right off the bat thanks to the great divide in our nation ... buck up, there's reason for optimism, according to a guy who knows his stuff.

Dr. Allan Lichtman -- Professor of History at American University -- joined "TMZ Live" to share his take on what Biden's up against ... and spell out exactly what it's going to take for him to have a successful administration.

The prof. offers some great perspective here ... he came armed with loaded historical examples of past Presidents who took over during tumultuous times (does 2000 ring a bell?), but found a way to govern effectively and bring people together.

Dr. Lichtman thinks Biden can do the same if he takes a page out of a legendary POTUS playbook. Hint: It's not JFK or Biden's buddy, Barack.

Bottom line is ... Lichtman thinks both Democrats and Republicans have 2 major problems to solve right away -- the pandemic and the economy -- and everyone can benefit if they work together.

It's just up to Biden to make it happen, and the historian's optimistic history will repeat itself ... in a good way this time.