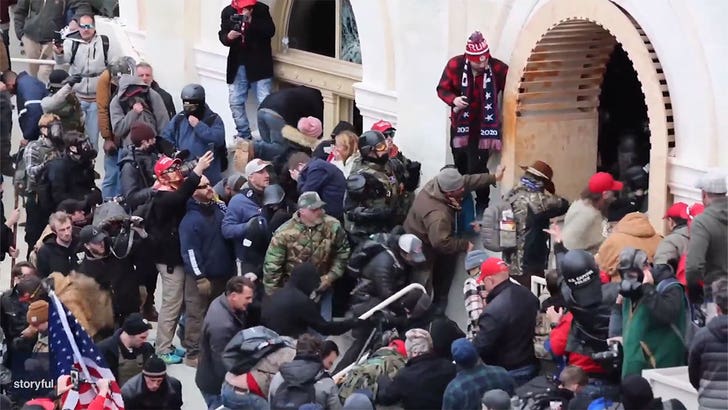 The Capitol rioter caught on camera dragging a cop down a set of stairs confessed in court, and he's just been denied bail after prosecutors say he tried to flee the country.

Jeffrey Sabol, a geophysicist from Colorado, admitted assaulting an officer during the insurrection, reportedly explaining it away as a "fit of rage" ... Friday in federal court in New York.

After the failed coup, prosecutors claim Sabol traveled to NY and bought a plane ticket from Boston to Switzerland -- a non-extradition country -- in hopes of not being shipped home to face the music.

The FBI arrested Sabol Friday morning at a medical facility just outside NYC, where prosecutors say he was being held in a psychiatric center following a suicide attempt. 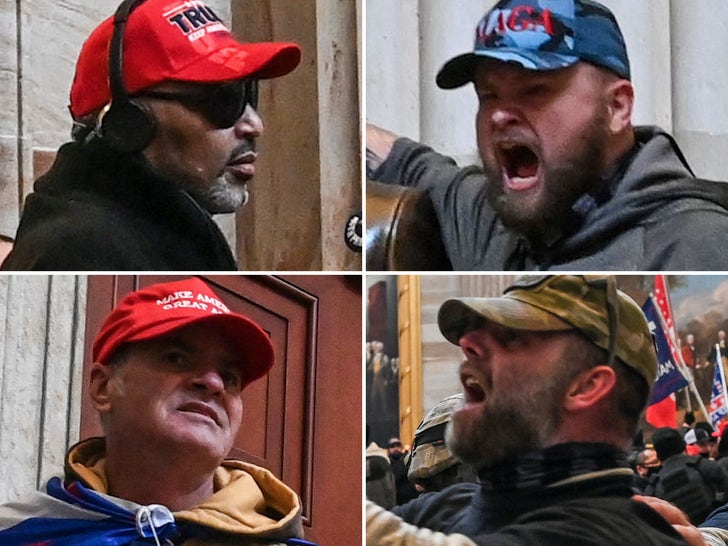 Sabol, a father of 3 who grew up in upstate New York, was also captured on camera holding a police baton against a cop's neck during the riots ... according to prosecutors.

In locking him up without bail, the judge reportedly said Sabol's alleged conduct was "beyond the pale" and "shocking." 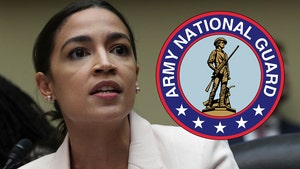 AOC Offers Her Office to National Guard, After Members Were Sent to Cold Parking Garage