Larry King -- the legendary TV and radio host who conducted more than 30,000 interviews in a storied 60-year career -- has died.

Larry was diagnosed with COVID-19 over the holidays, and was hospitalized in the ICU at one point, but had recently been moved to a regular hospital room, and was breathing on his own. Things took a turn, and King died Saturday morning.

Larry -- government name Lawrence Harvey Zeiger -- started his career in radio as a disc jockey at WAHR-AM in Miami ... after officially changing his last name to King.

His voice would ultimately land him jobs at radio stations across America before finding fame with "The Larry King Show." The nationally-syndicated late-night radio talk show debuted in 1978 across 28 cities ... and in just 5 short years the show was heard in 118 cities.

Larry's career catapulted to the big time when, in 1985, "Larry King Live" premiered on the fledgling CNN. He interviewed just about every iconic figure ... from Sir Paul McCartney, John F. Kennedy Jr. and Marlon Brando (they kissed on the lips in 1994) to Presidents Gerald Ford, Bill Clinton and Barack Obama. Larry also interviewed Vladimir Putin.

Larry was a unique talent and an incredible interviewer who made his craft look effortless. He was completely absorbed in conversations with his guests, and he did something that escapes many other interviewers -- HE LISTENED. Larry wasn't thinking about his next question -- he was always in the moment. And something else ... he never asked long questions just to hear himself talk. His questions were short, and almost always on point. 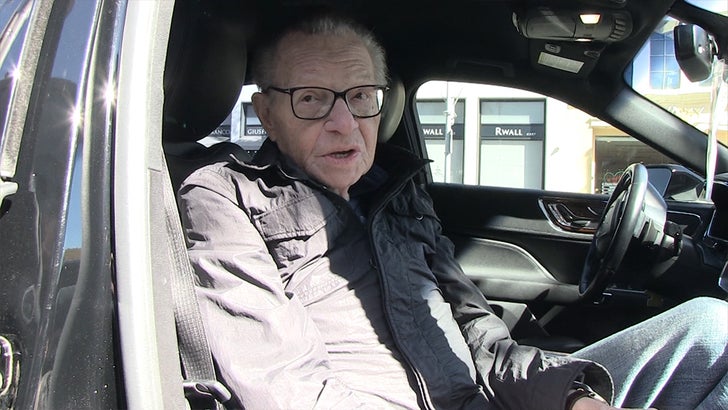 The last time we saw Larry was in February 2020, when he mused on the upcoming Dodgers season. The Brooklyn native and lifelong Dodgers fan watched them win their first World Series in 32 years after the COVID-shorted 2020 season.

Larry -- who published more than 20 books and had a USA Today column for decades -- coped with various ailments throughout his life ... mostly heart problems. He suffered several heart attacks and, in 1987, had quintuple bypass surgery. In fact, Larry married his most recent wife, Shawn King, at UCLA Medical Center where he was being treated for chest pains. 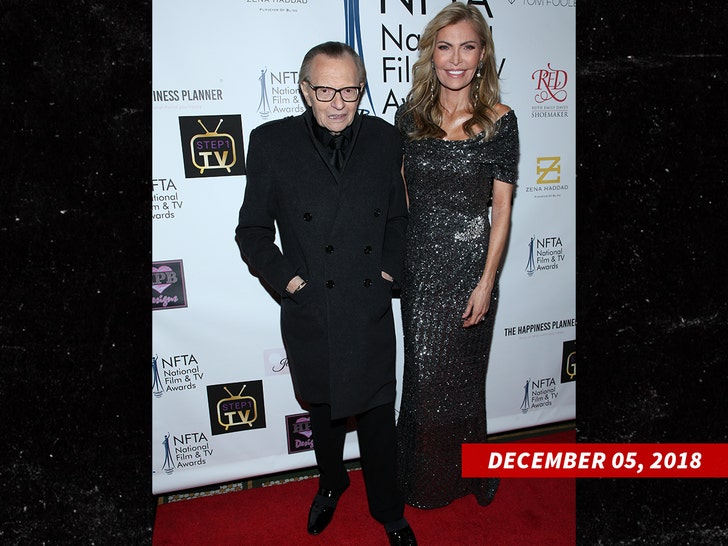 Just this past July, Larry's son Andy King, 65, unexpectedly passed away of a heart attack in late July, while his daughter Chaia King, 52, died just weeks later from lung cancer.

Larry's survived by 5 children ... Cannon, Chance, Danny, Kelly and Larry Jr. He was 87, and what an accomplished and full 87 years they were. 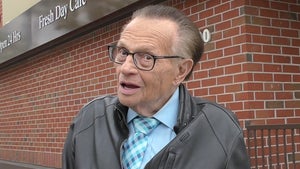