Joe Exotic is NOT living it up on the Vegas strip with 'Tiger King' stars Jeff and Lauren Lowe -- he's still behind bars, and the guy hanging with the couple is all about show biz.

'Tiger King' fans went nuts over the weekend when Jeff and Lauren started posting photos and videos with someone who looked a lot like Joe, leading folks to believe he was free. No dice.

Sources with direct knowledge tell TMZ ... the photos show Jeff and Lauren at lunch in Sin City with Vegas Joe, a Joe Exotic lookalike who was recently hired to impersonate the 'Tiger King' star in an upcoming Vegas show. 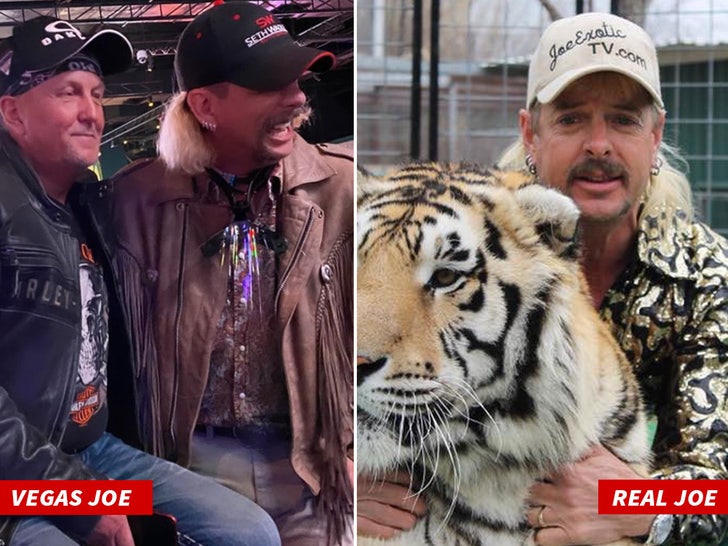 Vegas Joe is a dead ringer ... he's got the clothes, mannerisms, piercings, tattoos and voice of Joe Exotic down to a T. We're told Vegas Joe didn't even have to audition for the lead role after production crew members saw him on the strip.

As for the show ... we're told it's basically going to be an hour-long parody play with dancers and performers, plus an escape room. The hope is for a mid-summer premiere, or whenever Nevada allows live shows to fully reopen amid the pandemic. 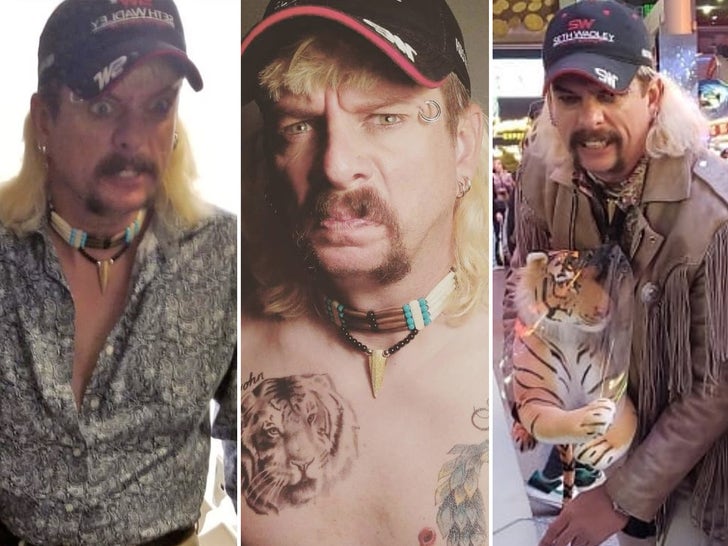 Our sources say Jeff will be featured in the show, along with other 'Tiger King' alums making appearances from time to time ... including alleged hitman-for-hire Alan Glover, the nanny and Lauren.

Meanwhile, the real Joe is still pushing for a pardon from President Biden after getting snubbed by Donald Trump. 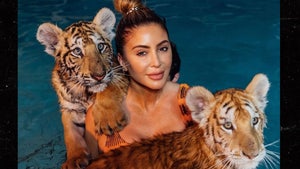