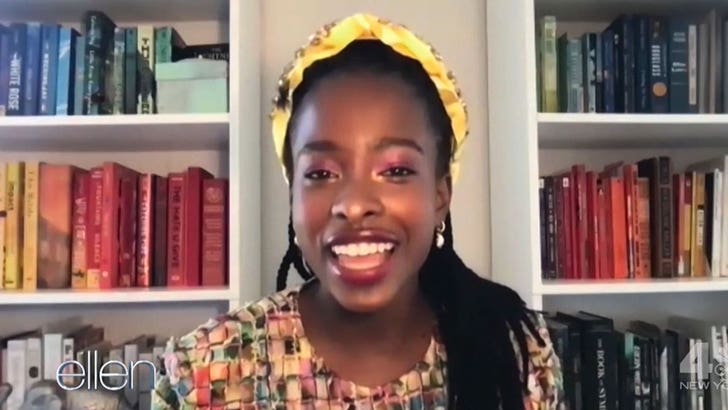 We're getting some behind-the-scenes from President Biden's Inauguration courtesy of Amanda Gorman ... who got some scoop on what was going down between the Obamas.

The poet laureate -- who went viral on Inauguration Day for her rousing piece, 'The Hill We Climb' -- dished to Ellen DeGeneres about being in the company of some huge names on that stage.

Amanda says her mom might've been a little more star-struck than she was ... especially for J Lo and A-Rod. But, as far as hanging with former Presidents and First Ladies, it's clear Amanda's a vet.

Anyway, check out what Amanda says Barack was doing behind the lectern that apparently ticked off Michelle enough for her to say something about it ... multiple times. 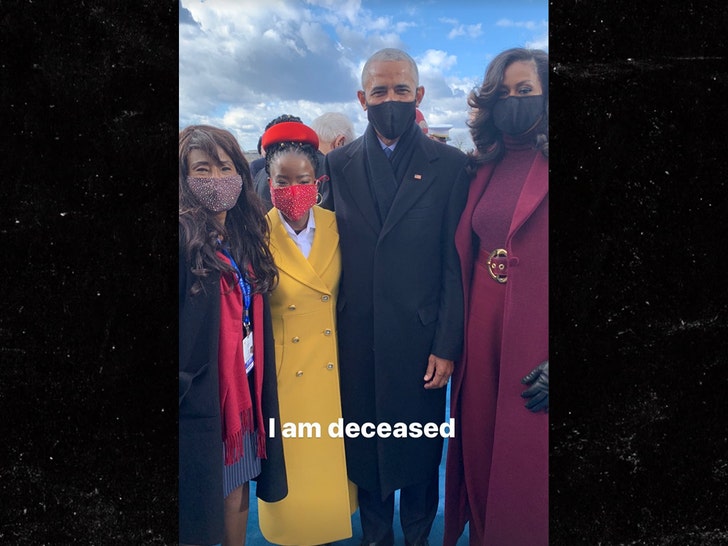 It's hilarious, and very relevant for the times. Let's just say Michelle was concerned about the former President's COVID-safety.

Amanda says Michelle had to rein him in, but the more telling thing here is how close Amanda was to the action and how tight she is with the Obamas.

Harvard folks ... they stick together!