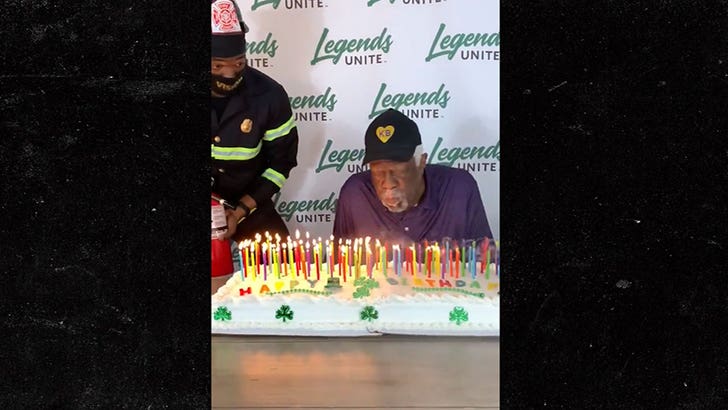 NBA legend Bill Russell turned 87 on Friday -- and celebrated by blowing out a "small forest fire" on his birthday cake ... and the video is great!

The Hall of Famer -- who won 11 championships during his NBA career (eat your heart out Tom Brady!) -- had Shawn Kemp Jr. on standby with a fire extinguisher in case things got out of control ... but in the end, Bill handled it on his own!

Afterward, the Boston Celtics legend joked about the celebration.

"Whew, I made it to 87! I want to thank my wife for another amazing cake & the small forest fire upon it," Russell said.

"Thanks [Shawn Kemp Jr.] for standing by with the extinguisher just in case, next time bring a CPR kit."

Russell is one of the greatest players in NBA history -- an 11-time NBA champion, 5-time NBA MVP, 12-time NBA All-Star ... and the NBA Finals MVP Award is named after him. 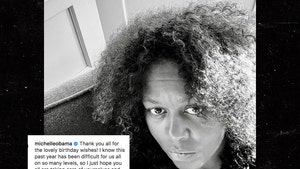