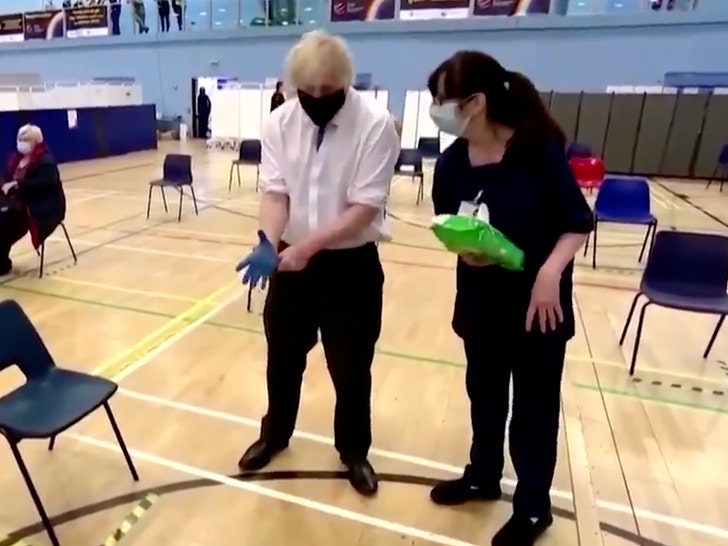 That's how Boris Johnson chose to describe his struggle with a pair of latex gloves at a COVID vaccination site Wednesday ... and the British Prime Minister is now taking all sorts of heat for the quip.

The 56-year-old was out in Wales checking in on and helping out a Cwmbran vaccine center ... when he was handed a pair of mitts that were clearly just a little too small for his paws.

As Boris struggled to get covering over all five of his fingers ... he giggled, and then blurted out the O.J. joke.

People at the site laughed awkwardly at the comment ... with one of the workers adding, "Absolutely!"

The reference, though, now has Johnson in a bit of hot water ... with many wondering if a joke with roots in a murder trial is really the right move to make, particularly at COVID vaccine site.

"Johnson is the prime minister of the UK," one Twitter user wrote. "Is it too much to expect that he behaves with some dignity? Johnson's 'joke' is in severely bad taste."

Some on social media did find the humor behind the comment, however.

Still, Johnson has yet to address the remark since making it.

Begs the question now, will O.J. -- who LOOOOVVVVESSS attention -- respond?? Or is he still too busy searching for the real killer ... 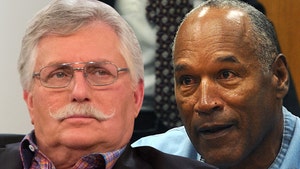