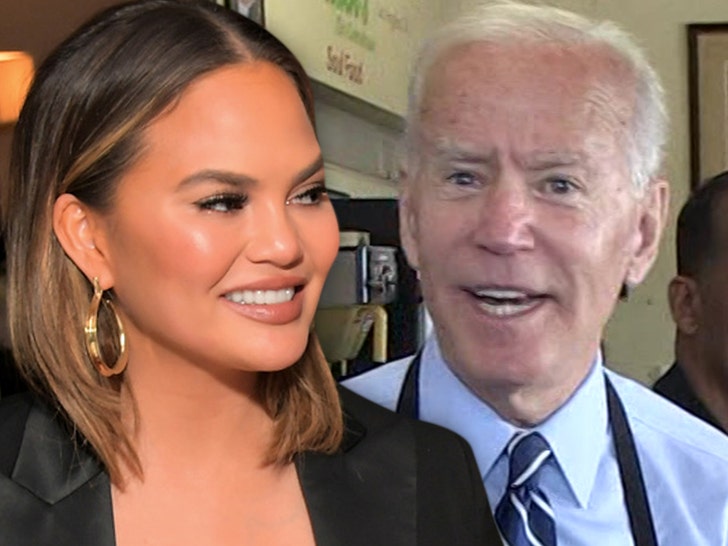 Chrissy Teigen's Twitter dreams came true when she got a follow from President Biden, and now they've come true again ... because he clicked "unfollow."

Let us explain -- the popular supermodel tweeter pleaded for a follow from Biden on his inauguration day, and hours later ... she was one of only 11 accounts @POTUS was following. The rest were all his family and staff. 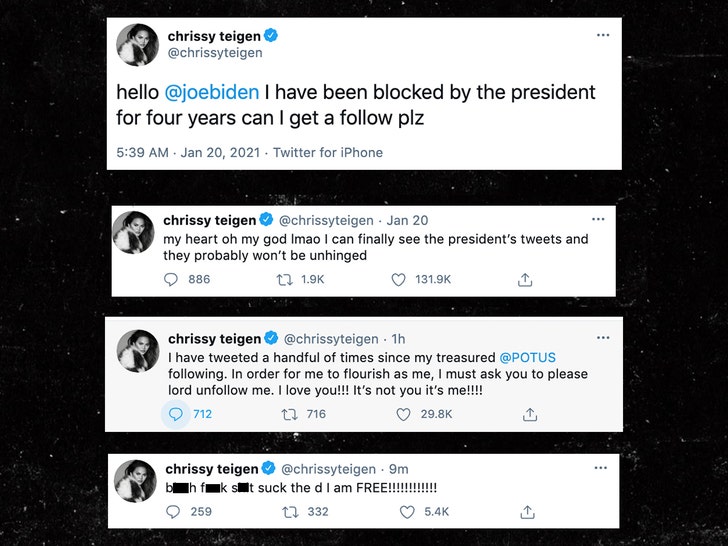 Chrissy was thrilled, but apparently ... since January 20 she has not felt like she can be her Twitter self with the Prez keeping an eye on her feed. So on Tuesday, she made this request -- "In order for me to flourish as me, I must ask you to please lord unfollow me. I love you!!! It’s not you it’s me!!!!"

Hopefully, that was worth the wait for her, but ya gotta think she's used up all of her Presidential favors ... at least on Twitter. 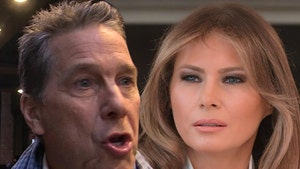 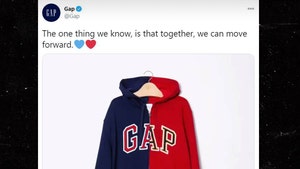