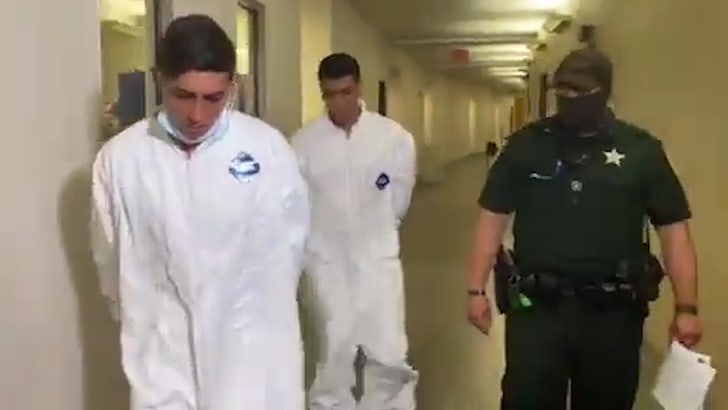 Pro soccer player Jonathan Suarez -- who just signed a deal to play in the MLS -- was arrested on Tuesday after a woman claims she was sexually assaulted by the athlete and his brother at the same time.

Officials confirm the 24-year-old Orlando City SC player and his older brother Rafael Suarez Jr. were taken into custody late Tuesday after an alleged incident at Rafael's apartment in the Orlando area. 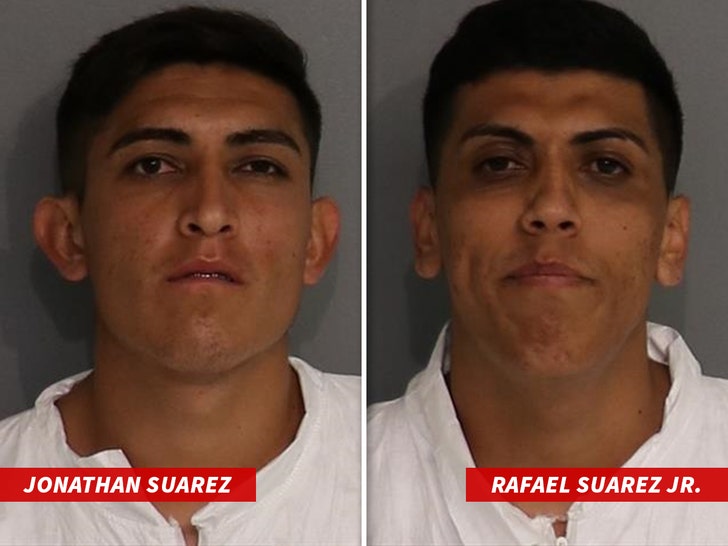 According to an arrest affidavit from the Osceola County Sheriff’s Office, obtained by the Orlando Sentinel, the alleged victim and a friend met with the Suarez brothers at a local Topgolf driving range ... and later went back to Rafael's apartment to play beer pong.

The alleged victim told police she went to Rafael's room to engage in consensual sex -- but Rafael let his brother in to "get in on the fun" and that's when things went sideways.

The woman claims she REJECTED both men and tried to stop the sexual activity -- but she claims the soccer player forced her to perform a sex act on him and then told his brother to resume having sex with the woman against her will.

After the incident, the woman went to police -- and the case was kicked over to a Special Investigation Detective.

Officials say, "The victim provided more information and evidence supporting the allegation to the Detectives. Based on the information provided by the victim, Detectives were able to positively identify Jonathan Suarez-Cortes and Rafael Suarez Jr., as the suspects involved in the incident and developed probable cause for their arrest."

Jonathan and Rafael were arrested and booked into the Osceola County Jail for sexual battery ... where they are being held without bond.

The OCSO posted video of the arrest ... showing the two men in handcuffs and white jumpsuits as they are taken to jail.

Major League Soccer released a statement on Jonathan's arrest ... saying he has been immediately suspended from play as the league investigates the situation.

"Major League Soccer will remain in close communication with the Orlando City SC, local law enforcement, and the MLS Players Association during this investigation."

Jonathan Suarez was a high school soccer star in Fontana, CA and signed a pro contract to play in Argentina when he was 18.

He went on to play professionally in the top soccer leagues in Mexico -- with teams like Cimarrones de Sonora, Querétaro FC and Pumas UNAM.

He arrived in Orlando in February to begin a stint with the Orlando City SC team -- but now, obviously, those plans are on hold. 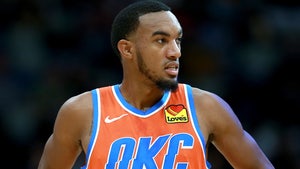