Roger Reece Kibbe -- one of America's most notorious serial killers -- was found dead in the prison cell he shared with another inmate ... and authorities say it could be homicide.

Kibbe, infamously known as the 'I-5 Strangler,' was found lying unresponsive in his California state prison cell around 12:40 AM Sunday ... and law enforcement says his cellmate, Jason Budrow, was standing next to the body.

Kibbe's body was transported to the prison's health care facility, but life-saving measures were unsuccessful and by 1:23 AM he was pronounced dead ... according to authorities, who say they are launching a homicide investigation.

81-year-old Kibbe was serving multiple life sentences at Mule Creek State Prison after pleading guilty to raping and murdering 7 people, with some of the killings dating as far back as the 1970s.

The cellmate is serving a life sentence without the possibility of parole for first-degree murder. 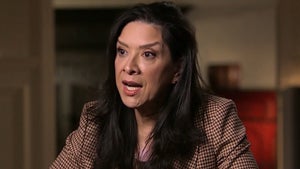