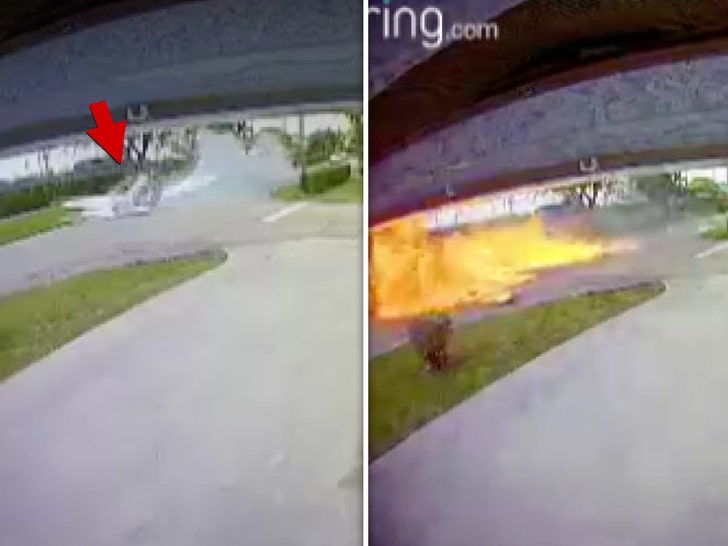 An airplane crash-landed into an SUV before bursting into flames in the middle of a Florida neighborhood ... and the deadly impact was captured on a neighbor's security cam.

You see the SUV driving down a residential street when suddenly the small plane comes flying into frame, smashing into the car and skidding across the road before exploding Monday ... leaving a trail of flames.

A neighbor's Ring video captured the whole thing, and she sent the footage to CBS Miami.

The crash killed both people in the aircraft, as well as a young boy riding in the SUV with his mother ... according to the Pembroke Pines Fire Department. The people in the plane died at the scene. The young boy and his mom were rushed to a hospital, but he didn't survive.

The FAA says the single-engine aircraft had just taken off from North Perry Airport, about 20 miles north of Miami. It's unclear what caused the crash. 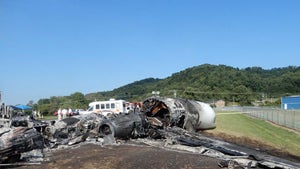