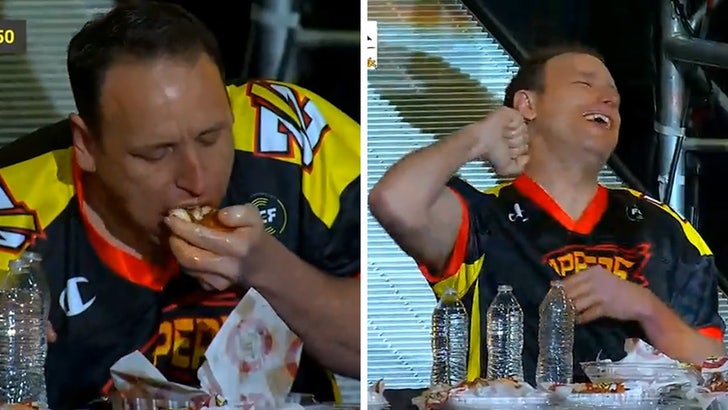 JOEY CHESTNUT'S STILL GOT IT!!!

The food legend proved once again he's still the king of shoveling meat down his throat -- devouring more than 30 boneless wings in 90 seconds at an FCF eating competition ... all while beating out teams of massive football players!

The face-stuffing event went down Wednesday night just outside of Atlanta at the Infinite Energy Center, where the Fan Controlled Football league hosted its first-ever eating event.

37-year-old Chestnut -- the greatest eater of all-time -- was matched up against four teams of two ... which included squads featuring hungry-ass linemen.

Chestnut, though, was able to pound down more chicken by himself than every other team ... plowing through 33 wings in the allotted 1.5 minutes. 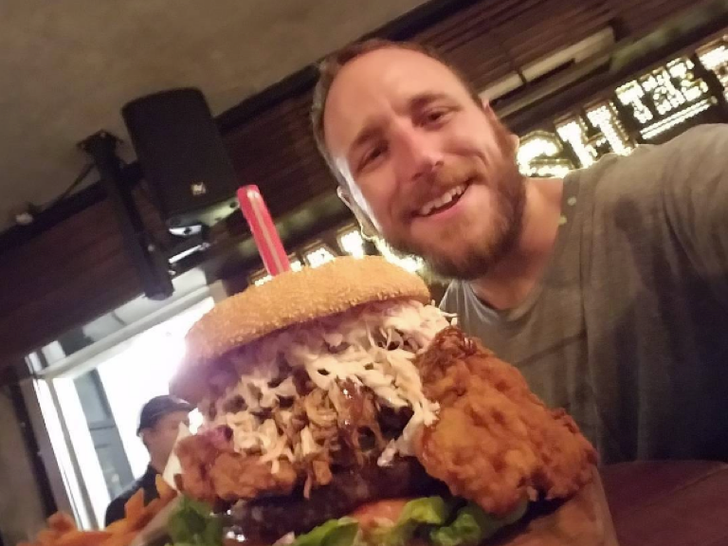 "I knew I was going slow," Chestnut said, "but they were eating!"

Props to Joey for yet another win under his belt ... now get back to the hot dogs -- 4th of July is less than four months away!

The first Fan Controlled Football Championship is going down Saturday night at 8PM ET between the Glacier Boyz and Wild Aces. 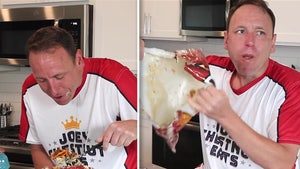