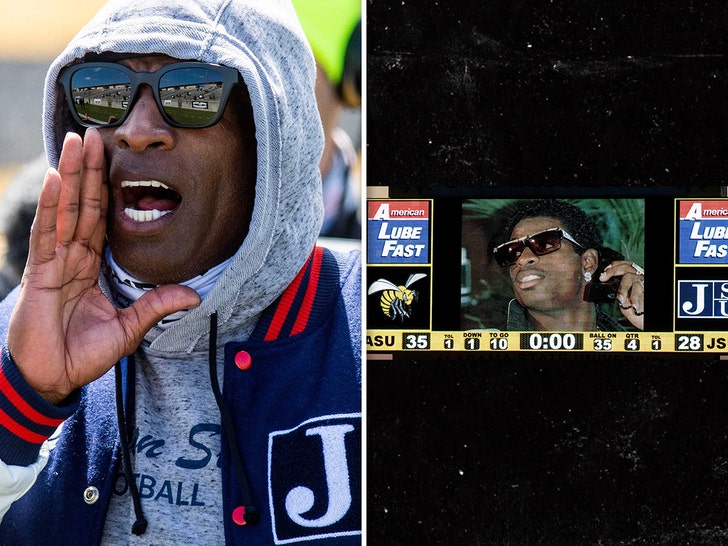 "Childish ... They know they messed up."

Deion Sanders was PISSED after his opponent trolled him after beating his Jackson St. football squad over the weekend ... slamming Alabama St. officials in a scorched earth rant.

The Pro Football Hall of Famer -- who took over JSU's football program just a few months ago -- suffered his first loss of the season on Saturday in a 35-28 nail-biter.

And, after the game, ASU decided to jab at Prime over the L ... posting a throwback photo of the NFL legend on its scoreboard.

Here's what ASU flashed on the scoreboard postgame. @MGMAdvertiser pic.twitter.com/oUJ83ELXec

Turns out ... Deion did NOT find it funny at all -- and ripped his opponent for the move.

Deion had Jackson State at 3-0 heading into Saturday's game ... and nearly pulled off the comeback win over ASU -- but the storyline afterward was clearly his postgame disdain for the Hornets.

Prime was not only upset over the scoreboard bit ... he also said ASU refused to sell tickets to his JSU fan base. The 53-year-old added ASU officials did not let his team into its locker room until just a few hours before the game's kickoff as well.

"I’m going to call them out on it,” Sanders said.

For ASU's part, its head coach, Donald Hill-Eley, said after the game he had no say in the scoreboard trolling ... explaining, "I'm only in charge of the guys with the helmets."

Sanders' JSU team plays next on April 3 against Southern. 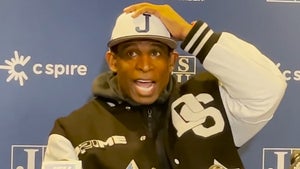