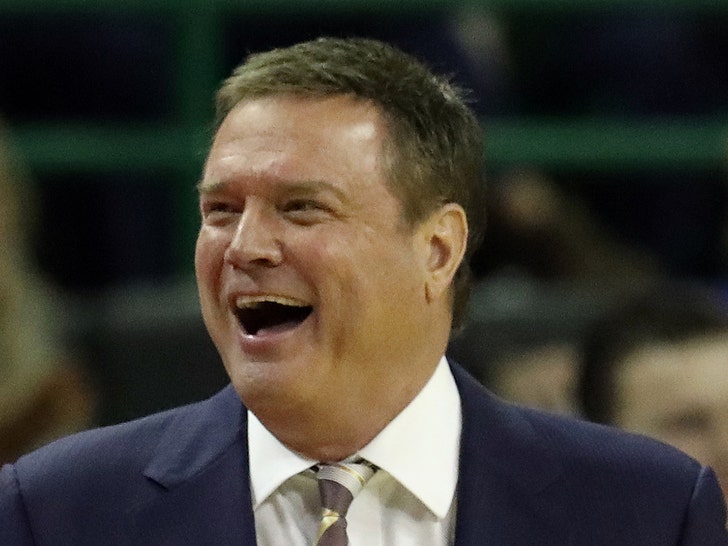 Kansas Jayhawks basketball coach Bill Self just signed a "lifetime" contract with the school -- guaranteeing him MILLIONS of dollars and protection from being fired over the current NCAA probe into KU.

Pretty good deal for Self, huh!?

But, Self has crushed it during his time at Kansas -- racking up a 522–118 record with an NCAA title in 2008 -- so the school decided to make him a "lifetime" offer he just couldn't refuse.

The contract is technically a 5-year deal which will automatically renew a 1-year extension at the end of each season ... for as long as he wants to stay at Kansas.

Kansas is currently being investigated by the NCAA for alleged unauthorized payments to star players. The NCAA has charged the school with a handful of Level 1 violations -- but the org. has not formally punished the University.

But, get this, Self negotiated a clause in which he can not be fired for cause based on the findings or punishment from the current probe -- but he could take a salary hit if he's suspended.

Per the contract, if the NCAA suspends Self  -- he'll take a 50% reduction in salary for the time missed.

In other words, if he's out for a month -- he'll make 50% for that month before returning to his full salary.

The school can fire Self for cause if they determine he violates the law or NCAA rules moving forward -- but he's protected in the scope of the current investigation.

Self issued a statement about his new deal thanking KU leadership "for their belief and faith in me to provide this lifetime contract."

"Every day, I am reminded just how fortunate I am to lead this storied program and there truly is no place else I would rather be." 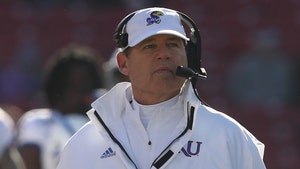 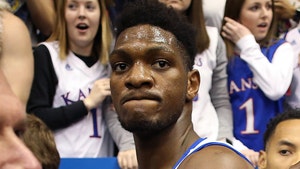 KU's Silvio De Sousa Apologizes For Part In Brawl, 'I Am Truly Embarrassed'