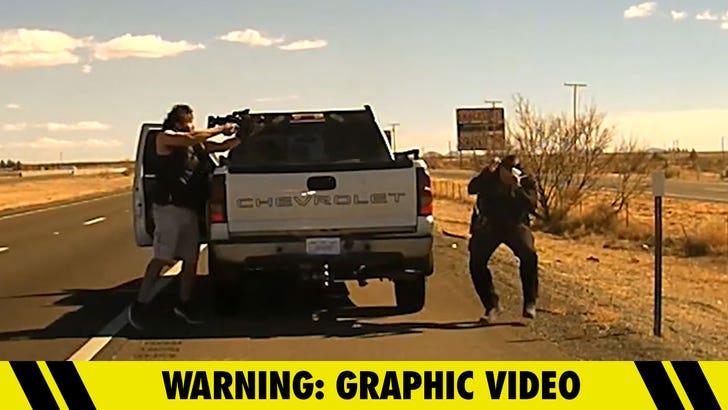 New Mexico State Police are revealing the harrowing moment Officer Darian Jarrott was disgustingly gunned down in cold blood when he pulled over a drug dealer armed with an assault weapon.

NM cops just released this dashcam and bodycam video from Officer Jarrott ... he had pulled over Omar Felix Cueva on Feb. 4 on the I-10 outside Las Cruces. Jarrott told Cueva he was being stopped because his window tint was too dark. Cueva was initially cooperative, but the stop took an ugly turn when Jarrott asked Cueva if he had any firearms.

Jarrott apparently saw a weapon inside Cueva's truck as he was stepping out of the vehicle, and asked Cueva if he could take it off him ... as he put it, "for my safety?" Those would be one of Jarrott's last words. As Cueva stepped out of the truck, Jarrott couldn't see him lift an AR-15-style rifle ... which he unloaded at the officer as they got to the back of the truck.

You hear Jarrott yell, "Oh, s**t!" as the bullets started flying. Cops say Jarrott went down immediately, and Cueva ran over to him and fired several more rounds at point-blank range before fleeing the scene.

While a Dept. of Homeland Security officer arrived and tried to save Jarrott's life, a 40-mile pursuit of Cueva was just beginning. Police eventually tracked him down on the highway, using a PIT maneuver to spin his truck.

Cueva initiated an all-out gun battle with the cops and was killed in the hail of return fire. Las Cruces PD officer Adrian De La Garza was injured in the shootout but survived after treatment at a hospital.

Police are still investigating the fatal incident as Cueva had an extensive violent criminal record. No doubt, authorities want to know how someone with his history was able to get his hands on an assault weapon. 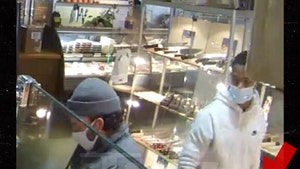