"Project Runway" star Christian Siriano is finally making things official after he and his husband split nearly 3 years ago -- because the designer just filed for divorce.

The season 4 'Runway' champ -- who's become a mentor on the Bravo series -- just filed legal docs seeking to dissolve his marriage to Brad Walsh ... who Christian's been married to for around 5 years.

They got hitched in 2016 after getting engaged in 2013 -- but their relationship fell apart and they announced they were separating in the summer of 2018. 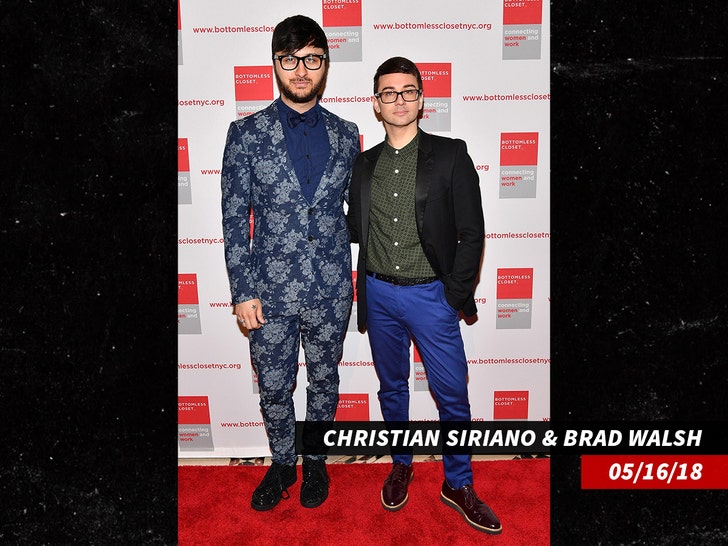 At the time, Walsh went public with the breakup ... taking to IG to write, "Bit more than a month ago my husband and I separated." He explained the story of their split was going to come out in the media, but he preferred to break the news himself to his fans.

Unclear what caused the rift, but in any case ... Christian was first to hit the courthouse in NY to file his divorce petition. There's not much more in the way of deets at this point -- divorce cases are sealed in the Big Apple.

The couple didn't have any children together, though, so that issue's off the table.

Both guys are pretty successful in their own right -- Christian has a fashion line, which is wildly popular, and Brad is in the music business. No word on whether a prenup is in play.