The NFC East could come down to the Dallas Cowboys vs. the Washington Demon Cats in 2022???

It's true ... 'cause the Washington Football Team is now putting out feelers to fans regarding potential new monikers, and one of the squad names it's floating includes the "Demon Cats."

It's unclear why -- D.C. has never been known for its demons or its cats -- but it's one of at least 30 names WFT officials sent out to season ticket holders to evaluate this week.

I had these options pic.twitter.com/PB1YIgeAlG

Some of the others that don't make a whole lot of sense? Aces, Belters, Brigade and Rising.

There were some pretty cool ones, though ... WFT -- which ditched its old team name due to its racist ties last year -- also asked fans to weigh in on names like Redtails, Red Hogs and Washington DC Football Club (DCFC).

The list was NOT meant to be a new team name vote, according to WFT execs ... but rather a way for the org. to get a feel for what names were important to its fan base.

WFT officials have said they'd like to have a new nickname in place for 2022. And, they've reiterated multiple times they could just stick with WFT.

Here's the rest of some of the reported monikers WFT fans got a peek at this week:

See any leaders in the clubhouse there??? 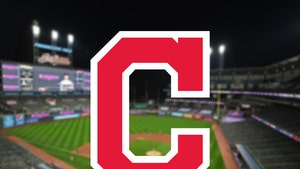