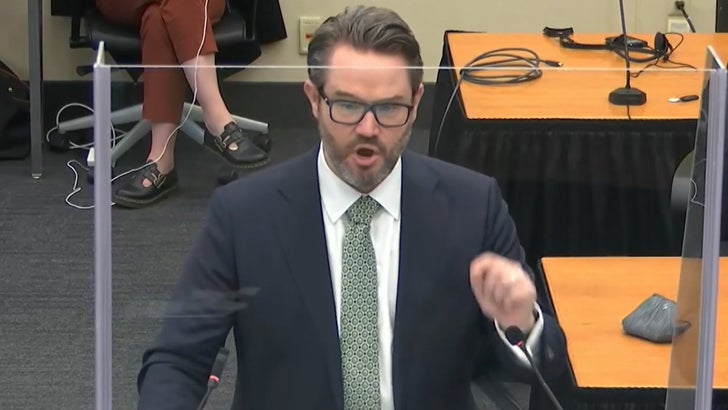 2:14 PM PT -- Closing arguments have wrapped, and the jury is now starting deliberations. Judge Cahill reiterated instructions, and they'll now be sequestered until they reach a verdict.

Derek Chauvin's defense attorney says his actions as a police officer were reasonable if one takes into account the full scope of George Floyd's arrest ... not just the notorious 9 minutes and 29 seconds he held his knee on Floyd's neck.

That's the crux of attorney Eric Nelson's closing argument for Chauvin, who Nelson says had to take into account the 17 minutes of action that led up to the 9-plus minutes, upon which he claims the prosecution is unfairly focusing.

According to Nelson ... Chauvin used his training and instincts as a police officer to respond to the situation in a way that was reasonable, arguing that his use of force on Floyd was justified. 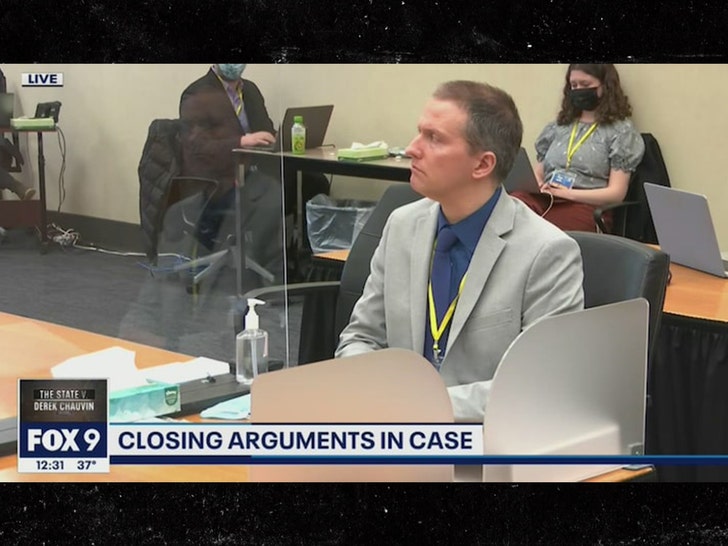 However, Nelson also delved into the difficulty of interpreting the rules regarding "use of force," telling the jury it's incredibly hard to analyze, and once again ... can't be limited to 9 minutes and 29 seconds.

Nelson argued Chauvin's case needs to be examined from the point of view of an officer who is human and therefore "capable of making mistakes in highly stressful situations." 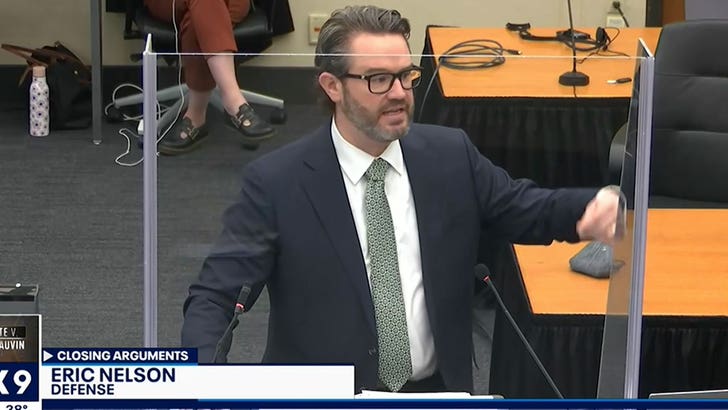 He adds ... "In this case, the totality of the circumstances that were known to a reasonable police officer in the precise moment the force was used demonstrates that this was an authorized use of force, as unattractive as it may be."

During his attorney's closing argument -- which lasted more than 2 hours before the judge let the jury break for lunch -- Chauvin removed his mask for an extended period of time. It was a bit odd, considering he'd been masked up all trial.

As we reported, the prosecution gave its closing argument earlier Monday, and stated Chauvin "had to know" he killed Floyd ... and that it was not an accident. 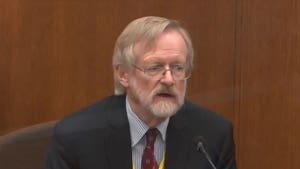