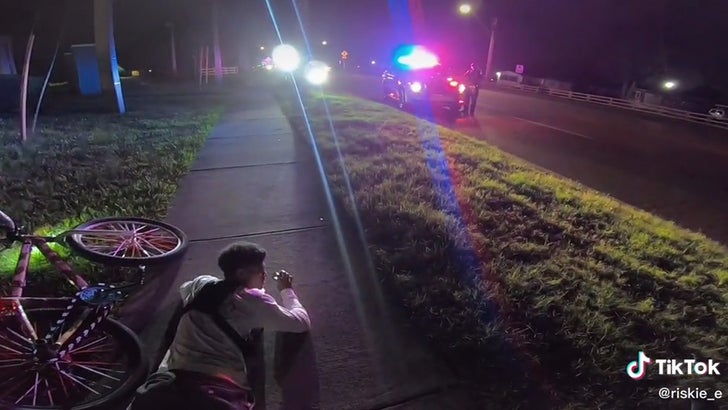 9:47 AM PT -- 4/22 -- A spokesperson for the Orlando PD tells TMZ ... the 2 guys who were detained were not minors. The rep adds cops were investigating an armed robbery in the area after a victim who was on vacation claimed 2 individuals attacked him, took his wallet, digital camera and Apple Watch.

The victim also told police the suspects -- described as 2 Black/darker complexion males on bicycles -- claimed to have a gun. Cops say 9 minutes later responding officers detained the 2 guys riding their bikes but were released after the victim said they were not the attackers.

Police officers stopped and detained 2 guys riding by on their bicycles ... apparently because they looked like two other guys they were after, but considering the current climate, it was a pretty scary encounter for the cyclists.

Check out this video ... you see 2 young men -- possibly minors -- cruising on the sidewalk in Orlando, when all of a sudden they come across a few police cruisers that have their lights flashing. The cops tell them to stop, get off the bikes and to get on the ground.

The guy recording -- who seems to be shooting from a GoPro -- asks what's going on and why they're being stopped. He even asks why the officers have their guns drawn, but it's hard to make out if they're actually pointing weapons from his vantage point.

Anyway, the video continues ... and you see the guy filming seated on the ground with his legs crossed, continuing to ask why they were stopped. One cop tells him they're being detained for matching the description of a couple suspects. 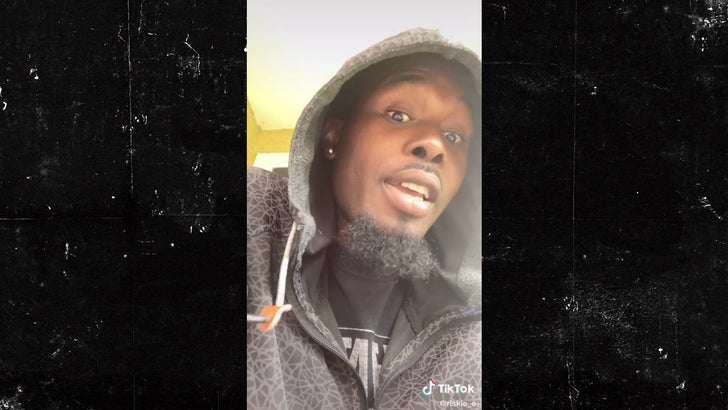 Unclear what crime was committed, but the dude recording -- who is Black -- continues to insist he and his pal are innocent, and that they'd just come from shopping at a 7-Eleven.

In a later video ... he further explained what happened after they were stopped and searched. He says the officers actually trotted out an alleged robbery victim to ID them -- but he told the officers the 2 guys on bikes weren't the ones who did him wrong ... so they were cut loose.