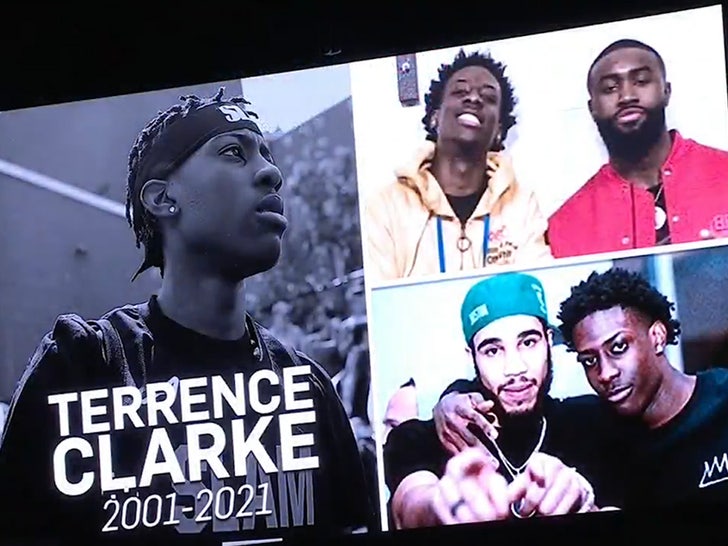 The Boston Celtics held a touching tribute and a moment of silence for Terrence Clarke on Tuesday -- honoring the Boston-born NBA prospect less than a week after he was killed in a car crash.

Right before the Celtics took the floor against the OKC Thunder at TD Garden, the P.A. announcer took a moment to reflect on the 19-year-old's life and what he meant to the city.

The Celtics held a tribute and moment of silence for Boston native Terrence Clarke 🙏 pic.twitter.com/amjv4mzQqX

FYI, Clarke grew up in Boston, where he developed into one of the best high school players in the country -- ultimately leading the Brewster Academy to the 2019 National Prep championship.

In fact, he brought the school back to the Finals in 2020 -- but the COVID pandemic forced the tourney to shut down.

As the P.A. announcer points out, Clarke went to the University of Kentucky where he "quickly became a favorite of teammates and fans alike."

"His work ethic, commitment and talent had him on the path to achieving his dream of playing in the NBA."

Sadly, Clarke was involved in a bad car crash on April 22 during a trip to Los Angeles. He was raced to a nearby hospital but succumbed to his injuries.

During the on-court tribute, the Celtics displayed photos of Clarke with stars like Jayson Tatum and Jaylen Brown.

"His larger-than-life personality always lit up a room and made him loved by everyone he touched," the Celtics P.A. announcer said.

"His goal was to inspire and be a role model for a generation of youth basketball players across Boston. Quite simply, Terrence was the pride of the entire city." 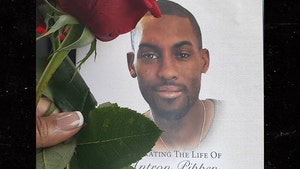