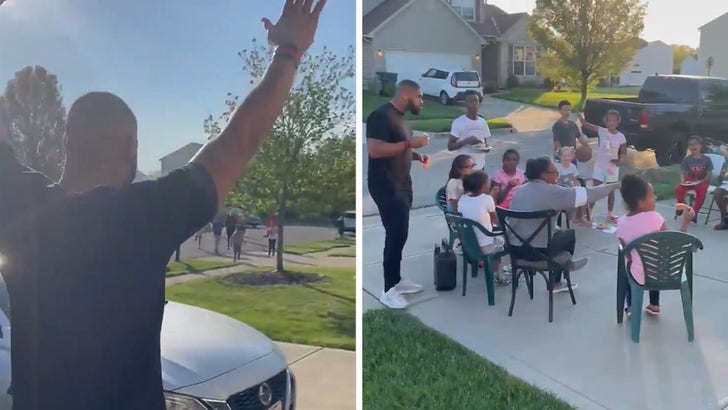 The linebacker was picked Saturday in the 7th round of the annual selection show by the Denver Broncos -- and it didn't take long for a block party to ensue.

Once word got out that Cooper was headed to the Mile High City ... a bunch of neighborhood kids showed up at his house in Columbus, Ohio on Sunday to congratulate him -- and video from the scene is adorable.

There were hugs, high fives and cheers ... and the party didn't stop there -- 'cause they all ended up sitting around later and grubbin' on some food!!

And then, of course, they got in some good ol' fashion football in the backyard!!!

**Breaking news**Local news coverage from after the draft announcement @JonathonCooper7
Congrats to @Broncos they have an amazing football player, but more importantly an even more amazing human being ❤️ pic.twitter.com/1Lz37qQCz4

23-year-old Cooper was a beast at OSU -- he logged 77 total tackles and 10 sacks in his 5-year career ... and he played a key role in this past season's journey to the National Championship game.

And, even though he's moving on to Denver now ... it's clear there will always be a neighborhood in Columbus watching him closely going forward!! 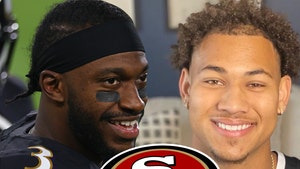 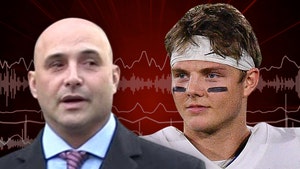