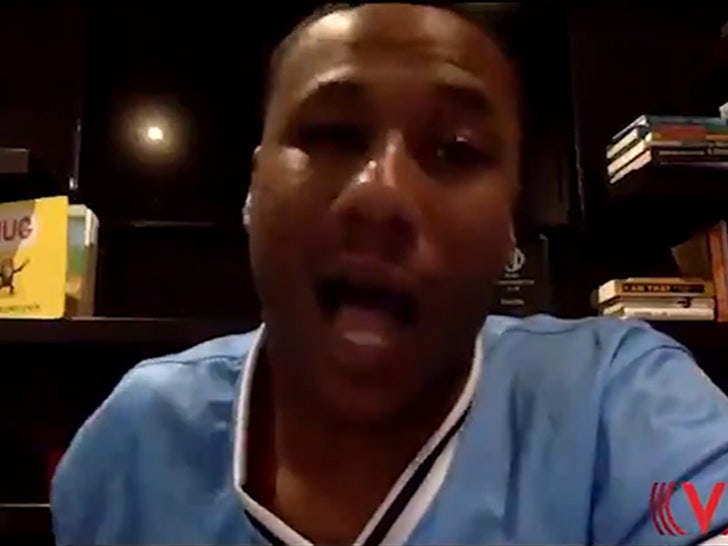 NFL star Marcus Peters is UNLOADING on the L.A. Rams ... trashing the team as "disrespectful" following his trade in 2019 ... saying straight-up, "f*** them."

The 28-year-old Ravens cornerback spoke about his unexpected departure on ex-teammate Aqib Talib's "Catchin' Fades" podcast this week ... admitting he was "pissed off" when the Rams turned around and traded for Jalen Ramsey right after he was shipped to Baltimore.

"F*** them, that’s how I was feeling," Peters said. "I’m still feeling like that because I felt disrespected in the sense of, yeah y’all can trade me, that’s a part of the business."

"But, two minutes after that, you bring in another guy who do the same s*** I do, maybe a little bit different."

"F*CK THEM!" 😳@MarcusPeters didn't hold back when talking about his exit from the Rams. Watch the full interview with @AqibTalib21 here 👉 https://t.co/0uALJEeD8X pic.twitter.com/ggOoNt52iU

Of course, Peters is referring to the Rams making a blockbuster trade with the Jacksonville Jaguars ... bringing in Ramsey in exchange for a pair of 1st round picks and a 4th rounder.

Peters says the move didn't make sense, explaining he feels he brought more to the table ... and he believes it may have cost the Rams a Super Bowl win.

Talib was also traded from the Rams just a few weeks after Ramsey came into the picture ... and Peters is adamant the team had bigger problems outside of the secondary.

"I don't think we was the problem. I don't think that we were the issue that was holding the Rams back from taking the steps of where we needed to get to."

Talib never played another down of NFL football due to injury ... and Peters went on to thrive with the Ravens, earning 8 interceptions in 28 games.

Peters also signed a 3-year, $42 million extension in December 2019 to stay in Baltimore ... which provides a bit of silver lining in the end.

The Rams and Ravens will face off during the 2021 season ... so circle the date now!