Greta Van Susteren is OUTRAGED people are supposedly swapping "Mother's Day" for a gender-neutral term to be PC -- but the truth is ... she might be fuming over nothing.

The ex-FOX News personality -- who's now anchoring another political show on Gray Television -- tweeted a bizarre sentiment Sunday, going after folks who have the audacity to say "Happy Birthing Person's Day" ... instead of saying "mother."

To all those who reject the term “Mother’s Day” in favor of “birthing persons’ day” you have just slighted all the incredible mothers who adopted children...

Greta writes, "To all those who reject the term “Mother’s Day” in favor of “birthing persons’ day” you have just slighted all the incredible mothers who adopted children."

So, on the face of it, she seems to be trying to one-up the easily-offended crowd with even more offense of her own -- but she's not the first right-leaning public figure to make a fuss over the term "birthing persons."

Sen. Ted Cruz also had something to say about it as well, but he was way more obnoxious.

In classic "YOU WON'T CANCEL THIS!!!" fashion ... Cruz posted an erased-out Mother's Day scribbling, and wrote in "birthing people's."

Here's the thing, though ... their indignation seems to be a big waste of energy.

For starters, hardly anyone actually says "Birthing People/Person's Day" -- at least not widely -- nor is it becoming a new norm. And, even if people do say it ... so what? Them choosing to say that doesn't prevent anyone else from saying "Mother's Day" -- and the same applies in reverse. No one's shaming anyone for saying "Mother," soooo ... to each their own?

When we talk about birthing people, we're being inclusive. It's that simple.

We use gender neutral language when talking about pregnancy, because it's not just cis-gender women that can get pregnant and give birth. Reproductive freedom is for *every* body. https://t.co/9E9qKRMJTu

This all seems to stem from Rep. Cori Bush using the term in a tweet this week while describing her pregnancy experience ... in which she claimed different doctors had encouraged her to abort her baby, and to just get pregnant again -- suggesting racism was at play.

Rather than listening to the substance of her remarks, it looks like some clung to the "birthing people" term ... and never looked back.

Cancel culture is prevalent these days, but it's not happening in this case. So, happy Mother's Day ... or whatever you wanna say. 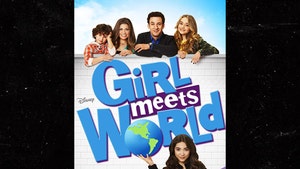 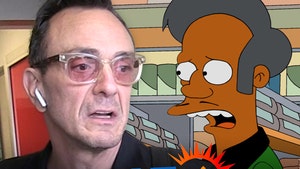