Taylor Swift is once again seeping into places you never thought you'd see her -- like on an AP history exam for high school students ... which is exactly what happened this week.

The pop star cameoed on the College Board's AP U.S. Government and Politics test administered to AP Government students this past Monday ... with one of the free-response questions asking about her 2018 political post that touched on the midterm elections.

Unclear how exactly the question was phrased -- you can't really whip your phone out in those types of settings to snap a shot -- but word is that it had something to do with analyzing how voter registration laws affect civic participation ... like voter turnout.

You'll recall ... TS tried getting out the vote back then by encouraging people to vote against then-U.S. Rep. Marsha Blackburn, and instead getting behind the Democratic Governor Phil Bredesen in the race for the open U.S. Senate seat in Tennessee by Bob Corker.

She talked about how she hardly ever waded into politics, etc. ... and then dropped a link to Vote.org. BTW, her advocacy didn't really work -- Blackburn won that race in the end.

Still, the College Board seems to think she made a difference by turning out voters who might not have otherwise participated -- so they asked about it. Don't expect a do-over though -- a CB honcho says the Swift question won't appear in any of the near-future tests. 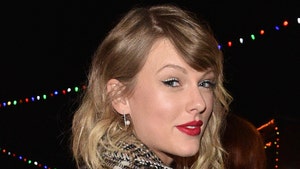 Taylor Swift Breaks Record Held by The Beatles for 54 Years 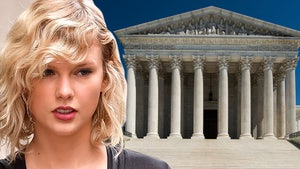